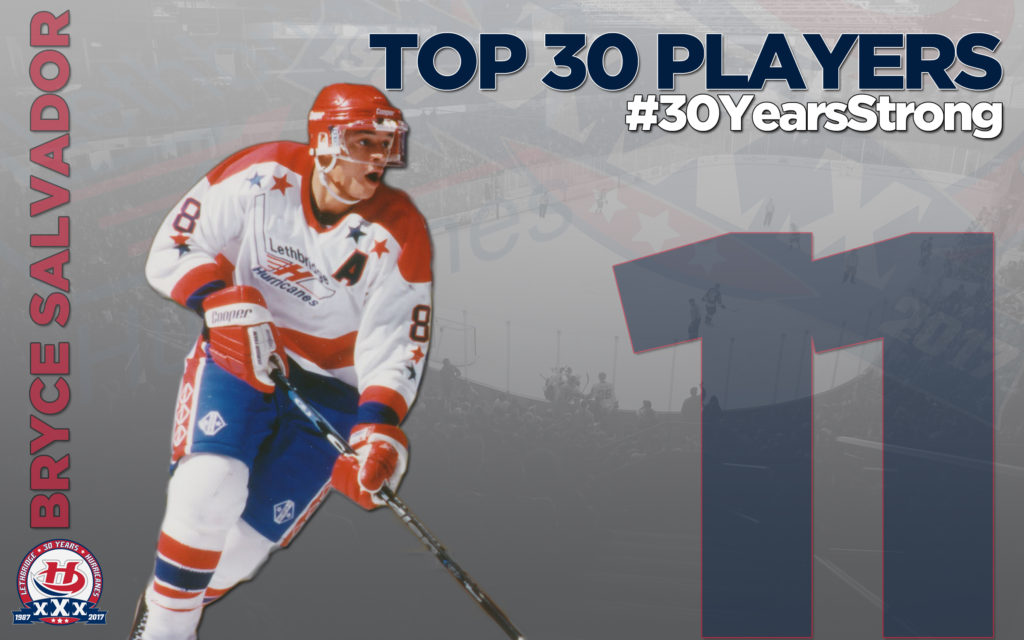 Bryce Salvador spent five full seasons with the Lethbridge Hurricanes from 1992 to 1997.

Salvador was a crucial member of the 1997 WHL Championship Hurricanes. He appeared in 19 post-season games registering seven assists with 14 penalty minutes and a plus-11 rating. He added one goal in five games at the 1997 Memorial Cup tournament helping the ‘Canes to a second place finish.

Salvador was drafted by the Tampa Bay Lightning in the sixth round (138th overall) in the 1994 National Hockey League Entry Draft. He went on to play 14 years in the NHL split with the St. Louis Blues and New Jersey Devils before retiring as the Captain of the Devils in 2015. He appeared in a total of 786 NHL games recording 110 points (25g-86a) with 696 penalty minutes. He also suited up in an additional 173 American Hockey League games registering 42 points (7g-35a) with 256 penalty minutes with the Worcester IceCats.

In February of last year, Salvador had his number 8 honoured by the Hurricanes.