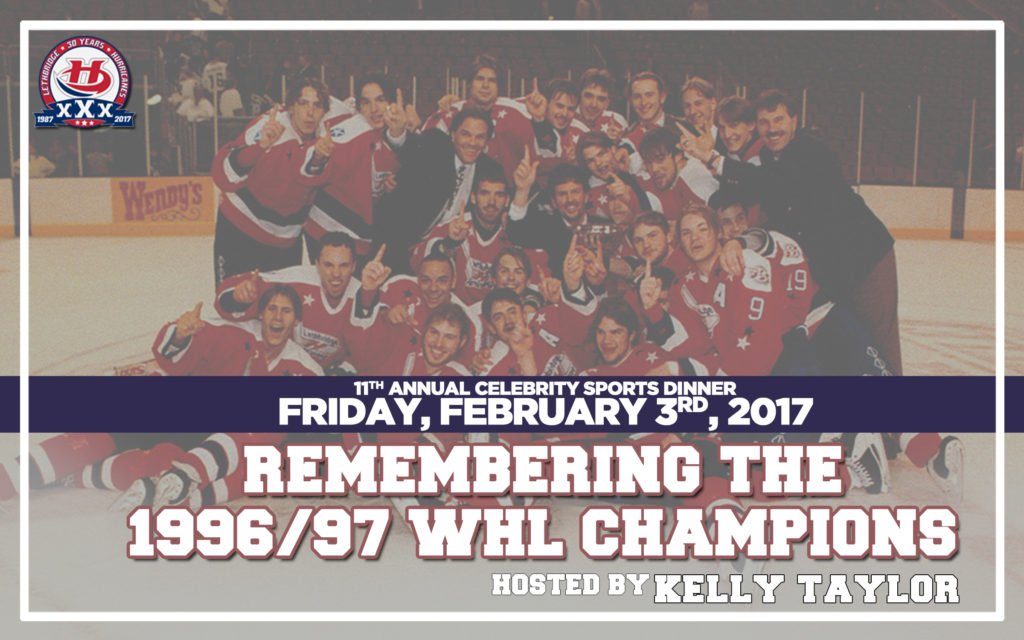 Lethbridge, AB – The Lethbridge Hurricanes Hockey Club is pleased to announce that the 11th Annual Celebrity Dinner has been scheduled for Friday, February 3rd, 2017 at the Coast Hotel and Conference Centre.

The night will feature an opportunity to celebrate the 20th Anniversary of the 1996-1997 Championship Hurricanes who won the franchise’s first and only WHL title while finishing as the runner-up at the 1997 MasterCard Memorial Cup. Members of the Championship team that will be in attendance include Chris Phillips, Bryce Salvador, Travis Brigley, Jason Hegberg and many more.

Just For Laughs comedian Kelly Taylor will once again be the Master of Ceremonies for the event and will perform his own comedy routine. Taylor, who hosted last year’s Celebrity Dinner, will also host a hot stove with the alumni on hand and reminisce about the amazing run made in the spring of 1997.