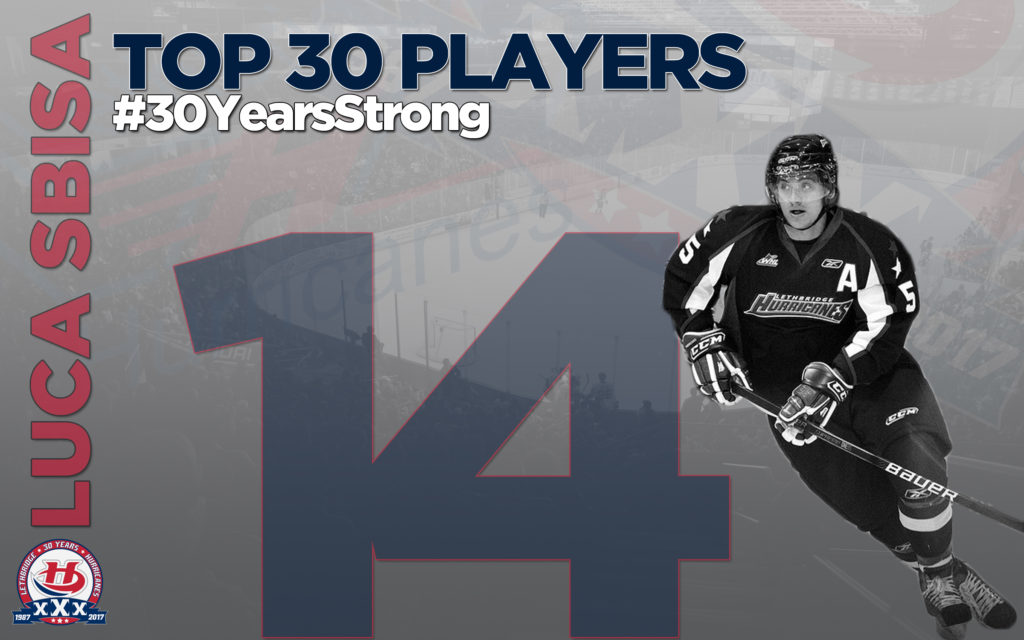 Luca Sbisa played parts of three seasons with the Lethbridge Hurricanes from 2007 until 2009.

Sbisa was drafted in the first round (19th overall) by the Philadelphia Flyers in the 2008 National Hockey League Entry Draft. After being drafted, Sbisa played 39 games with the Flyers in 2008-2009 before being sent back to Lethbridge for the remainder of the season.

Sbisa was later traded to the Anaheim Ducks in 2009. He has gone on to a strong NHL career with the Flyers, Ducks and Vancouver Canucks. Heading into the 2016-2017 season, the Switzerland product had appeared in 383 games picking up 75 points (14g-62a) along with 289 penalty minutes.

He has also had an extensive international career representing Switzerland at the World Junior Championships, Winter Olympic Games as well as representing Team Europe at the 2016 World Cup of Hockey. Sbisa also suited up at the 2012-2013 Spengler Cup during the NHL lockout appearing for Adler Mannheim.