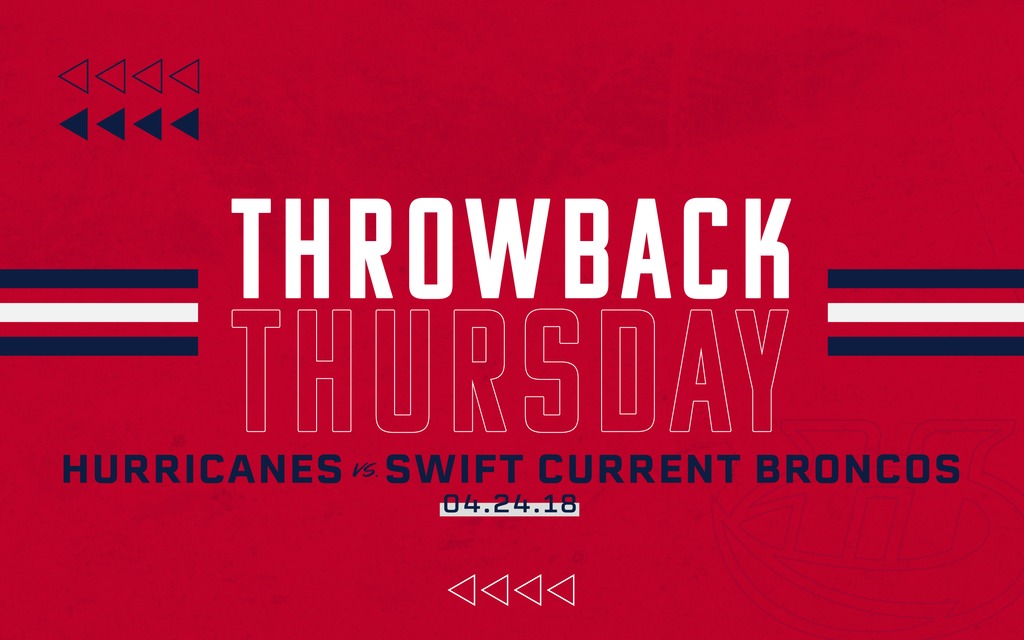 Tonight’s game features a 5-1 thumping of the Swift Current Broncos with a hat-trick from Brad Morrison and two goals from Dylan Cozens! Puck drops at 7:00PM.

The Lethbridge Hurricanes return to the ENMAX Centre tonight at 7:00pm as they welcome the Swift Current Broncos in Game 3 of the Eastern Conference Championship Series.The Hurricanes trail the best-of-seven series 2-0 after a pair of single goal losses in Swift Current on the weekend. After suffering a 3-2 loss in Game 1, the ‘Canes were handed a 4-3 overtime defeat in Game 2 on Saturday despite being the better team. Jordy Bellerive, Dylan Cozens, and Jadon Joseph scored in the losing cause. Logan Flodell made 29 saves in the defeat and has made 56 saves through two games.

The Broncos were led by former ‘Cane Giorgio Estephan who scored three times, including the game-winning goal in Game 2 to lift Swift Current to the 2-0 series lead. Aleksi Heponiemi had the other goal in the win as he enters tonight having scored in both games this series after being held goalless in the post-season. Stuart Skinner made 36 saves in Game 2 and has stopped 75 of 80 Lethbridge shots in two games.

PLAYOFF SERIES: Tonight will be Game 3 of the best-of-seven second round series between the Hurricanes and the Broncos. Swift Current leads the series 2-0. It will be the first time in history that the two teams will face each other in the WHL Playoffs.

BRONCOS, REGULAR SEASON: The Hurricanes and Broncos met four times during the 2017-2018 regular season. Lethbridge posted a 1-3-0-0 record against Swift Current, with their lone victory coming at the ENMAX Centre on February 2nd. Lethbridge won the only post-trade deadline match-up. The ‘Canes have posted an 8-4-0-0 record against the Broncos over the last three seasons.

Five Times: While the Lethbridge Hurricanes and Swift Current Broncos have never faced off in the WHL Playoffs, the two franchises have met five times before in the post-season. When the Broncos were in Lethbridge, they faced the Calgary Wranglers (who became the Hurricanes) five times between 1977 and 1985. The Broncos franchise won three of those series (1977, 1979 and 1983) while the Wranglers won twice (1981 and 1985).

Game 3’s: The Hurricanes enter tonight having posted an all-time record of 16-19 in Game 3’s in their post-season history. The ‘Canes earned a 4-3 overtime win in Game 3 against the Rebels and a 5-4 loss against the Wheat Kings in their prior two series; both were on the road.

Go Mo Go: Hurricanes overage forward Brad Morrison has been on a tear in the WHL Playoffs so far as he has racked up 30 points (12g-19a) in 12 games in the WHL Playoffs; an average of 2.50 points per game. Morrison currently leads the entire WHL in playoff scoring. Morrison is  just the third ‘Cane ever to reach the 30-point plateau in a single post-season joining Wes Walz (37 points in 19 games, 1990) and Mark Greig (32 points in 18 games, 1990). He is also two goals shy of tying the single-season playoff record for most goals by a Hurricanes when Kelly Ens had 14 goals in 19 games in 1990.

Special Teams: The Hurricanes special teams have been terrific in the playoffs. The ‘Canes power play has converted at a 35.2% clip going 19/54 on the man advantage and is ranked second in the WHL Playoffs while the penalty kill has killed at 82.3% (47/57) sitting second overall in the post-season. The ‘Canes PP was just 2/36 (5.6%) and PK was 62.2% (23/37) in their final nine regular season games.