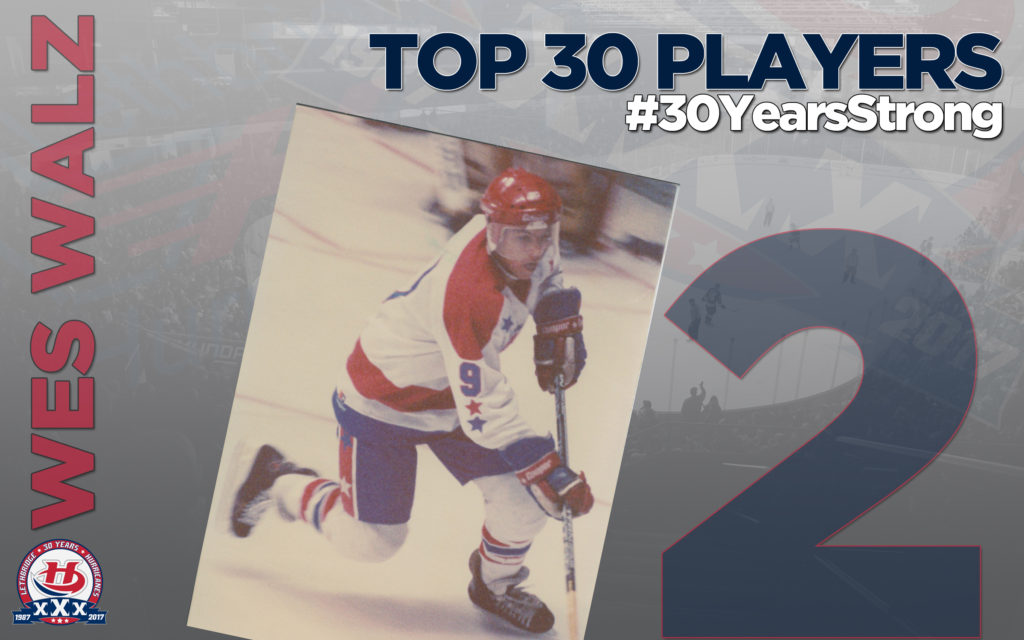 Wes Walz played two season with the Lethbridge Hurricanes from 1988 until 1990.

Walz appeared in 27 post-season games with the ‘Canes registering 43 points (14g-29a) and 39 penalty minutes. He was a key contributor in helping the Hurricanes to the WHL Final in 1990 as he racked up 37 points (13g-24a) in 19 post-season games that spring.

Walz was drafted in the third round (57th overall) in the 1989 National Hockey League Entry Draft by the Boston Bruins. The 5’11”, 190-pound centreman went on to play 607 NHL games with the Bruins, Philadelphia Flyers, Calgary Flames, Detroit Red Wings and Minnesota Wild where he collected 260 points (109g-151a) and 343 penalty minutes.

Walz retired from professional hockey as a player in 2008. He went on to spend parts of two seasons as an Assistant Coach with the Tampa Bay Lightning. He is currently the Head Coach of East Ridge High in the USHS in Minnesota.