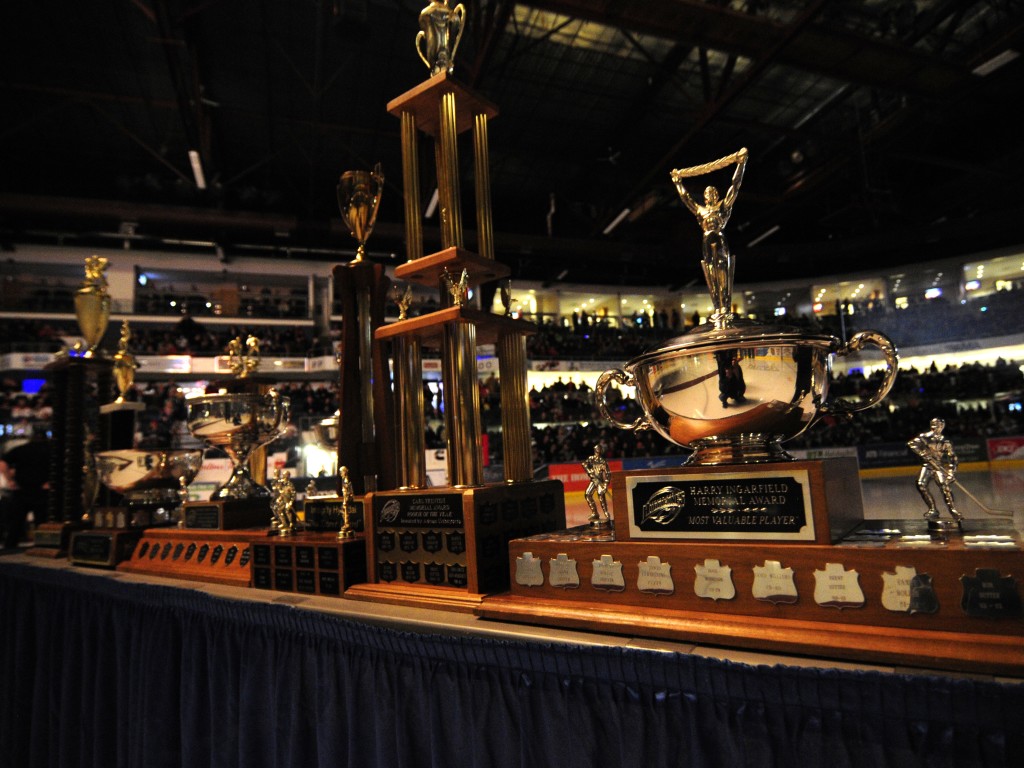 Lethbridge, AB – The Lethbridge Hurricanes announced their 2017-2018 annual Award Winners prior to their game Saturday against the Regina Pats at the ENMAX Centre.

The Hurricanes presented a total of ten awards; the winners are as follows:

The ceremonies concluded as the Hurricanes saluted their three overage players Logan Flodell, Brad Morrison and Tate Olson who were presented a portrait hand painted by Wendy Fang.

The Hurricanes will play their final regular season home game on Friday, March 16th when they welcome the Medicine Hat Tigers at the ENMAX Centre. Tickets for the game can be purchased online, by calling 403-329-SEAT (7328) or by visiting the ENMAX Centre Ticket Centre.