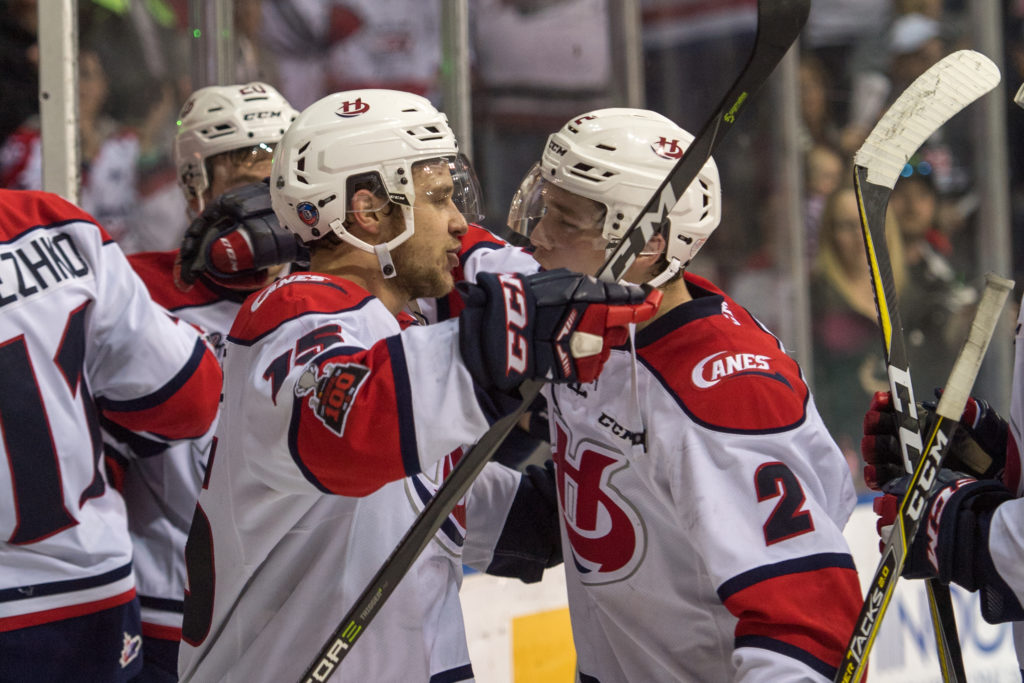 Bellerive, 19, was selected second overall by the Hurricanes in the 2014 Western Hockey League Bantam Draft. The North Vancouver, BC product was undrafted but signed a three-year entry-level contract with the National Hockey League’s Pittsburgh Penguins last September.

In 2017-2018, Bellerive set career-highs in goals (46), assists (46) and points (92) leading the Hurricanes in goals and points. He added 25 points (9g-16a) in 16 post-season games this year helping the ‘Canes to their second straight Eastern Conference Championship Series. The 5’11”, 195-pound forward has represented Canada internationally at both the 2015 World Under-17 Hockey Challenge and the 2017 Men’s Under-18 Ivan Hlinka Memorial Cup Tournament.

“It’s a huge honour to be named as one of the 40 players to attend the camp,” said Bellerive. “Anytime you have a chance to represent your country, it’s something special. I’m very excited to see what the future holds.”

Addison, 18, was selected second overall by the Hurricanes in the 2015 WHL Bantam Draft. The rearguard was drafted by the Penguins in the second round (53rd overall) in last month’s NHL Entry Draft. The offensive-defenseman recorded a career-high 65 points (11g-54a) along with 53 penalty minutes in 2017-2018. He added 19 points (7g-12a) in 16 playoff games last year. He has also represented Canada internationally at the 2016 World Under-17 Hockey Challenge and the 2017 Ivan Hlinka Memorial Cup where he helped Canada capture a gold medal.

Bellerive and Addison are two of 11 WHL skaters to be invited to the camp which is slated to take place from July 28 until August 4 in Kamloops, BC.