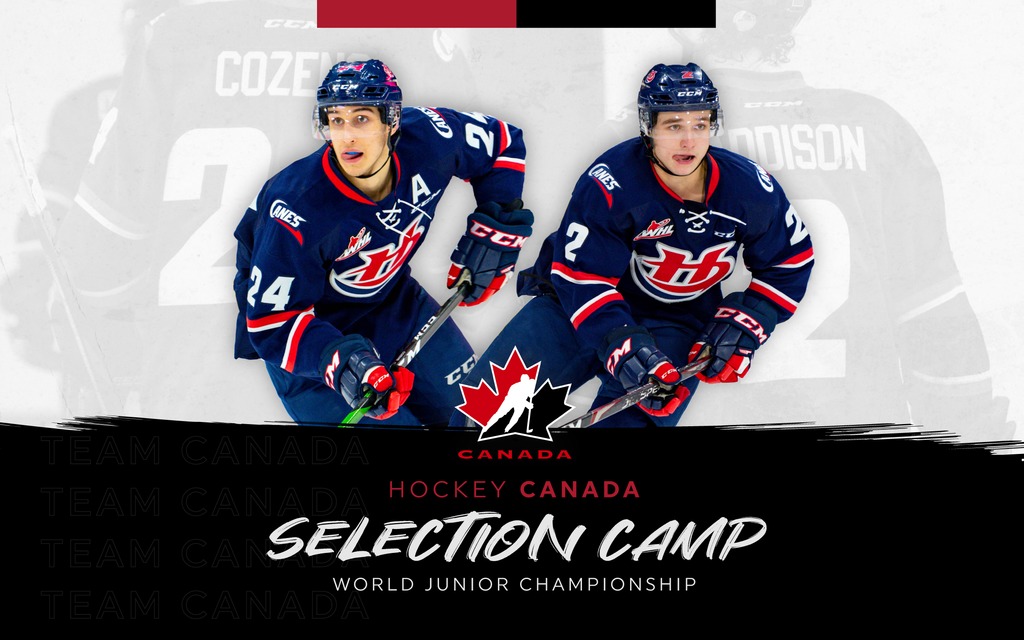 Addison, 19, will compete for a spot on Team Canada for the second straight year after being invited to the selection camp last season. Addison, who is a second round draft pick (53rd overall) of the Pittsburgh Penguins, had collected 26 points (7g-19a) along with a plus-6 rating and 26 penalty minutes in 27 games this season for the Hurricanes. The Brandon, Manitoba product sits second in the entire Western Hockey League in points by a defenseman.

The Brandon, Manitoba product has represented Canada at both the U-17 and U-18 levels. Addison helped Canada capture a gold medal at the 2018 Hlinka Gretzky Cup where he collected six points in five games for Canada. He represented Team WHL at the CIBC Canada Russia Series in November where he registered two points, including an overtime winning goal in Saskatoon.

Cozens, 18, was selected seventh overall in the 2019 NHL Entry Draft by the Buffalo Sabres. He was racked up 40 points (18g-22a) with a plus-18 rating and 18 penalty minutes in just 26 game since being reassigned by Buffalo. Cozens currently sits third in the entire WHL in scoring.

The Whitehorse, Yukon product has also represented Canada at the U-17 and U-18 levels. Cozens helped Canada capture gold at the 2019 Hlinka Gretzky Cup in Edmonton where he totaled five points (2g-3a) in five games. He also appeared in seven games registering nine points (4g-5a) while serving as an Alternate Captain for Canada at the 2019 World Under-18 Hockey Championships.

A total of eight WHL players were named to the selection camp that will take place in Oakville, Ontario from December 9th until the 12th.

The Hurricanes return to action Tuesday as they visit the Medicine Hat Tigers in the first of four games this week. The ‘Canes host the Everett Silvertips on Wednesday on Ladies Night before welcoming the Tigers Friday in the Canadian Tire Toque and Teddy Toss at the ENMAX Centre. Tickets available by calling 403-329-SEAT (7328), online at www.enmaxcentre.ca or in person at the ENMAX Centre or Yates Memorial Theatre Box Offices.