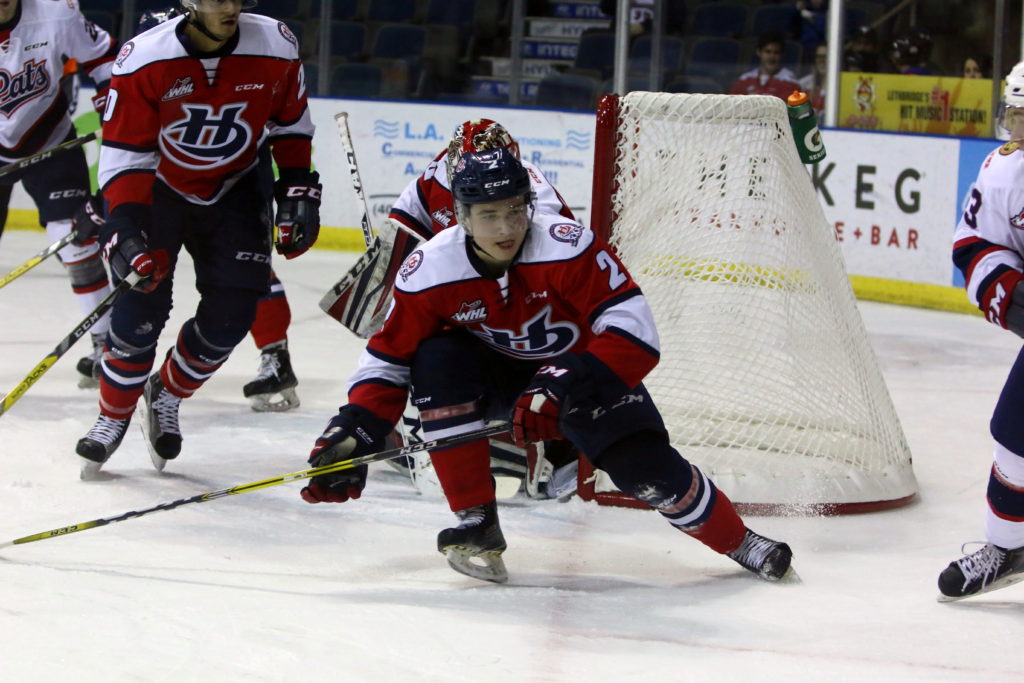 Addison, 17, is in his second season with the Hurricanes. The former second overall pick in the 2015 Western Hockey League Bantam Draft, Addison appeared in 63 games last season with the ‘Canes registering 33 points (9g-24a) along with a plus-6 rating and 52 penalty minutes. The product of Brandon, Manitoba added two assists in 13 post-season games last year.

The sophomore rearguard has collected three assists along with four penalty minutes in four regular season games so far this year. Addison, along with Hurricanes head coach Brent Kisio, was a key member of Team Canada at the 2017 Ivan Hlinka Memorial Cup Tournament in August helping Canada to a Gold medal.

The ‘B’ rating indicates a second or third round candidate for the 2018 Entry Draft. TSN’s Craig Button had Addison ranked 38th among skaters eligible for the 2018 draft on his pre-season draft rankings.

Addison is one of 27 WHL players ranked for the upcoming draft by Central Scouting.

Players have been identified using the following criteria:

• LV (Limited Viewing) — Injured players who have not had sufficient viewings to be categorized.