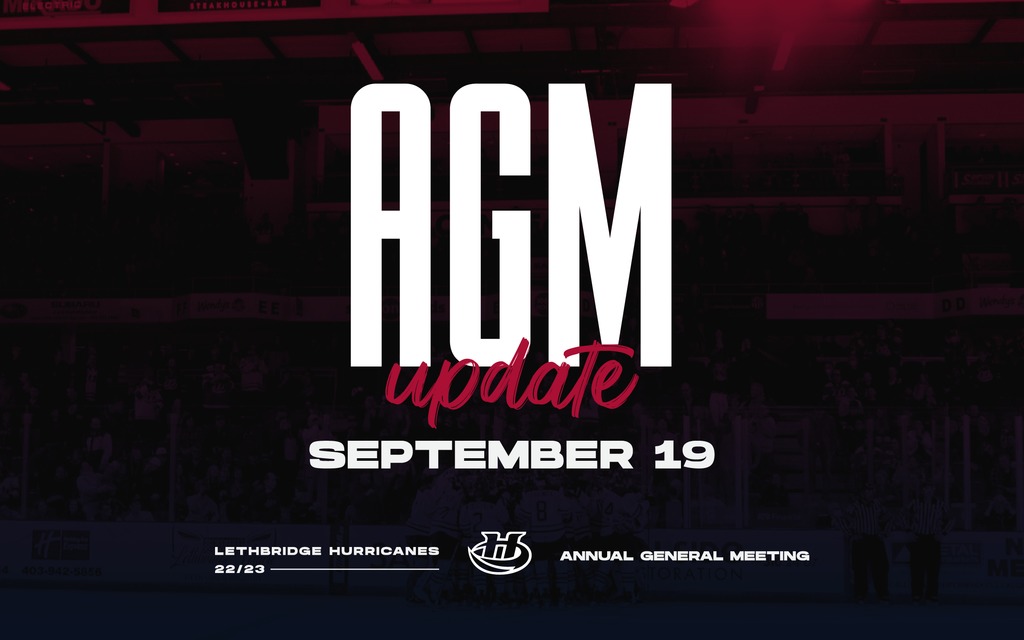 Lethbridge, AB – The Lethbridge Hurricanes Hockey Club held their 37th Annual General Meeting for the Shareholders on Monday evening in the Canadian Western Bank Lounge at the ENMAX Centre.

Here are some of the highlights from the meeting:

The Hurricanes open the 2022-2023 regular season on Saturday when they visit the Medicine Hat Tigers at Co-op Place at 7:00pm. The ‘Canes will welcome the Tigers in the Dairy Queen Home Opener on Friday, September 30th at the ENMAX Centre at 7:00pm.

Single game tickets for the Dairy Queen Home Opener are on sale now and can be purchased at any Dairy Queen location, while supplies last, or by visiting the ENMAX Centre Ticket Centre, the Yates Memorial Theatre Ticket Centre, by calling 403-329-SEAT (7328) or online at www.lethbridgehurricanes.com.