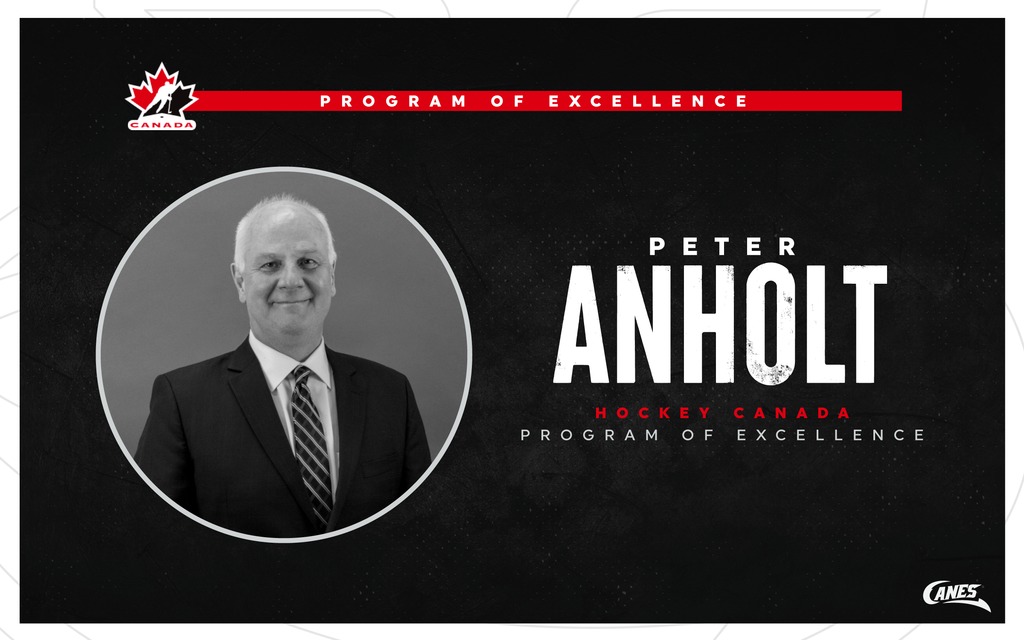 Anholt, 60, will represent Hockey Canada at the management level for the first time in his illustrious career. The Naicam, Saskatchewan product will help guide the under-18 program which competes at the annual Hlinka Gretzky Cup. Anholt has served as the Hurricanes General Manager since December of 2014.

In his seven seasons with the ‘Canes, the club has qualified for the post-season five times, including capturing a Central Division title in 2015-16. Lethbridge also appeared in back-to-back Western Hockey League Eastern Conference Championship Series in 2017 and 2018. Anholt has also been named the recipient of the Lloyd Saunders Memorial Trophy as the league’s top executive on two occasions (2015-16, 2019-20).

Prior to joining the Hurricanes, Anholt served as a scout for both the Seattle Thunderbirds and Red Deer Rebels while also serving as the head coach of the Rebels, Thunderbirds, Prince Albert Raiders and Kelowna Rockets. He currently sits in the top-10 in both games coached and games won in WHL history by a head coach.

Anholt becomes the fourth member of the Hurricanes current and former staff to represent Hockey Canada at various levels over the last five years, joining head coach Brent Kisio (U17, U18, U20), assistant coach Jeff Hansen (U17) and former assistant/video coach Andrew Doty (U17, U18).

The Hurricanes will open the 2021-2022 regular season on October 1st when they welcome the Calgary Hitmen to the ENMAX Centre. Season Tickets for the 2021-22 season are now available for purchase by calling 403-328-1986.