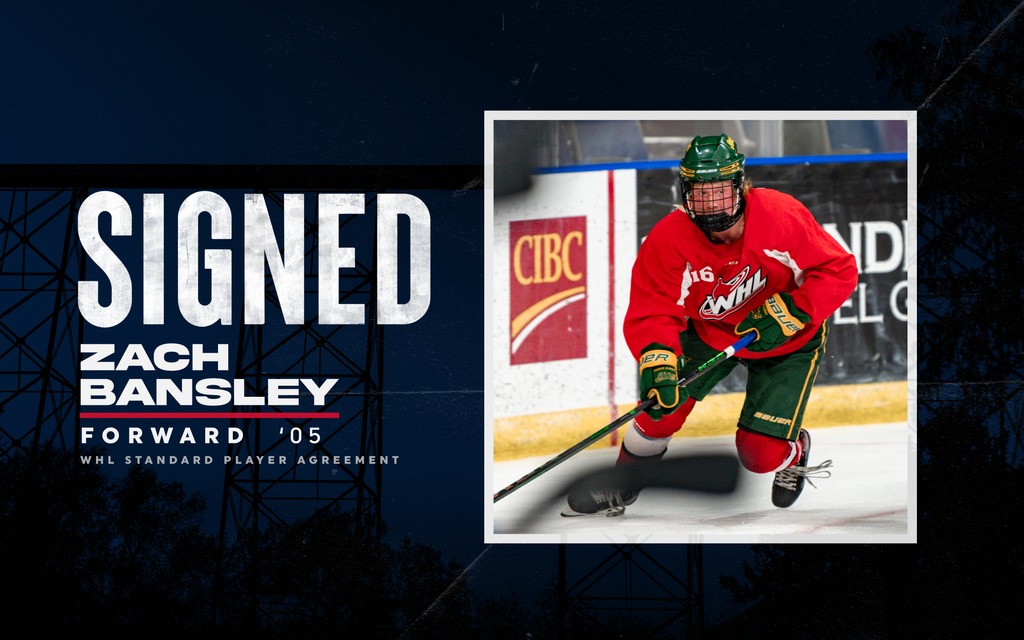 Bansley, 16, was drafted by the Hurricanes in the eighth round (170th overall) in the 2020 WHL Prospects Draft. The product of Tisdale, Saskatchewan has recorded five points (3g-2a) along with eight penalty minutes in six games this season with the Prince Albert Mintos U18 AAA club.

In his draft year, Bansley totaled a staggering 86 points (39g-47a) in just 31 regular season games with the North East Wolfpack U15 AA team. The 5’7, 135-pound forward attended his first WHL training camp in 2021 with the Hurricanes where he totaled four points (2g-2a) in eight scrimmages. He also added an assist in the Hurricanes Red vs. White intrasquad game.

Bansley joins Logan Wormald, Noah Chadwick, Dustin Renas and Nolan Viesner as the other 2005-born players signed by the Hurricanes.