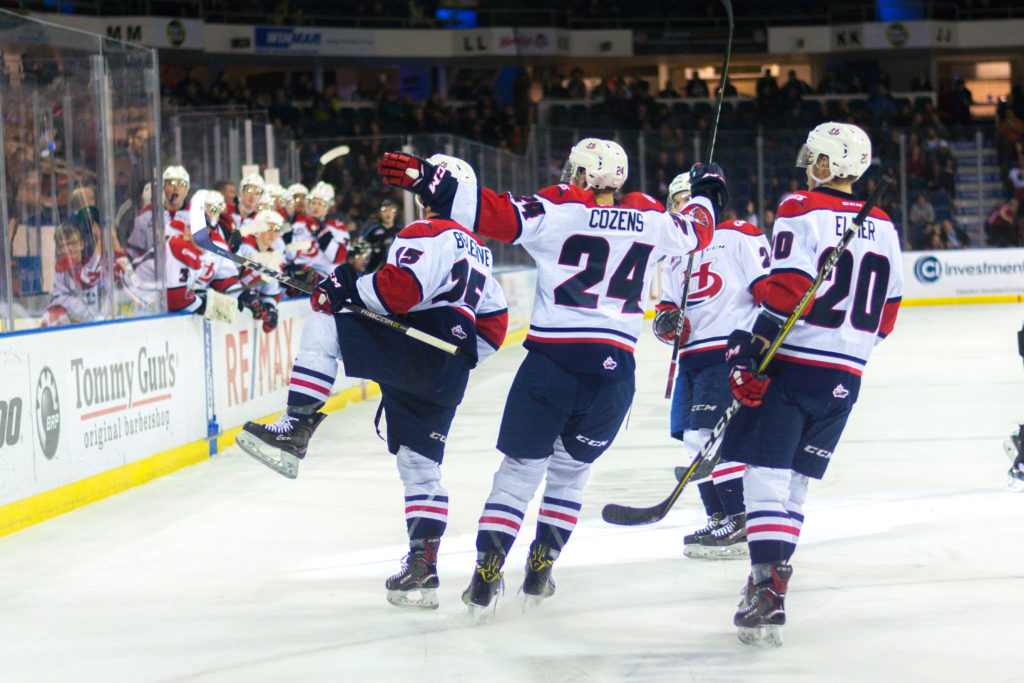 Lethbridge, AB – The Lethbridge Hurricanes continued their three-in-three weekend on Saturday with a 5-2 victory over the Kootenay Ice in the first of a back-to-back, home-and-home with the Central Division rival.

Kootenay jumped out to an early 1-0 lead just 2:57 into the game as Cameron Hausinger tipped a Brett Davis shot by Hurricanes starter Logan Flodell. The Ice made it 2-0 when Gilian Kohler redirected a pass from Alec Baer on the power play for his fifth of the season at the 5:04 mark; Brett Davis picked up the second assists. The ‘Canes answered back as Dylan Cozens drove the net and potted a rebound for his 18th goal of the year to make it 2-1; Logan Barlage and Calen Addison picked up the assists. On a power play of their own, the Hurricanes tied the game as Brad Morrison snuck one by Matt Berlin for his 22nd of the year to make it 2-2 after twenty minutes of play; Zane Franklin and Tate Olson earned the helpers on the goal. The ‘Canes outshot the Ice 14-12 in the opening period.

The Hurricanes peppered Berlin in the second period with 19 shots on goal but the Kootenay keeper was strong. Late in the period, Kootenay’s Martin Bodak was assessed a five-minute major for kneeing on Jordy Bellerive who briefly left the game. Bellerive returned and ripped home his 40th goal of the season to put the Hurricanes ahead 3-2 after forty minutes of play. The ‘Canes outshot the Ice 19-7 in the middle frame.

The Hurricanes added two more in the third period as Jadon Joseph scored his seventh of the season at the 14:44 mark to give the ‘Canes a 4-2 lead; Egor Zudilov and Ty Prefontaine picked up the assists. Bellerive netted his second of the night, and 41st of the season, with just one second left in the game to round out the scoring making it a 5-2 victory for the Hurricanes.

The ‘Canes outshot the Ice 42-31 in the hockey game. Lethbridge was 2/5 with the power play while Kootenay was just 1/7 with the extra man.

The ‘Canes have now won back-to-back games as they improved to 5-1-0-0 against the Ice this season. Lethbridge improves to 28-24-6-0 on the season with the victory.

The Hurricanes complete the three-in-three weekend on Sunday in Cranbrook against the Ice before they return home on Wednesday to take on the Prince Albert Raiders at 7:00pm. Tickets for the game can be purchased online, by calling 403-329-SEAT (7328) or by visiting the ENMAX Centre Ticket Centre.