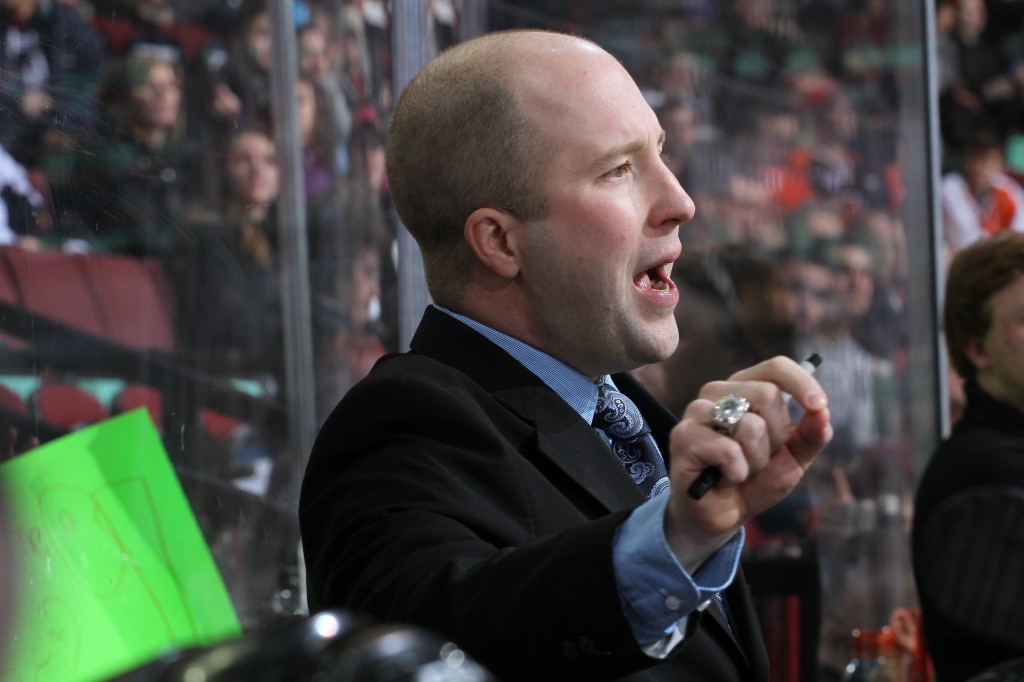 Kisio is entering his third season as head coach of the Lethbridge Hurricanes and was originally slated to work as an assistant coach under McFarland for the National Men’s Summer Under-18 Team selection camp and 2017 Ivan Hlinka Memorial Cup. His experience with the Hockey Canada Program of Excellence includes as head coach of Team Canada White at the 2016 World Under-17 Hockey Challenge, and winning a silver medal as an assistant coach with Team Pacific at the 2014 World Under-17 Hockey Challenge.

With Kisio taking the reins behind the bench, Hockey Canada has added Drew Bannister (Sudbury, Ont./Sault Ste. Marie, OHL) as an assistant coach for this summer’s U18 group.

Bannister was named head coach of the Soo Greyhounds in 2015 after an 18-year pro career with Anaheim, Edmonton, the New York Rangers, and Tampa Bay of the NHL; his career also included playing in Europe.  Drafted by the Lightning in 1992, he’s represented Canada on the international stage as a player and coach. Bannister won gold at the 1994 World Juniors as a player, and he’s also won gold as a head coach with Team Ontario at the 2015 Canada Winter Games. Bannister was also an assistant coach with Team Ontario at the 2014 World Under-17 Hockey Challenge.

“Both men are experienced and detail-oriented hockey coaches that know what it takes to compete and win in short-term competition,” said Scott Salmond, Hockey Canada’s vice-president of hockey operations and national teams. “With both having been a part of our Program of Excellence the past couple of years, they will bring their knowledge and passion of the game in helping our players develop and succeed at an elite level.”

In the coming weeks, 44 players will be put through their paces on and off the ice as they vie for a spot on Canada’s National Men’s Summer Under-18 Team during a week-long selection camp. A 22-player roster will be selected to compete at the Ivan Hlinka Memorial Cup in August, leaving directly from camp to wear the red-and-white at the storied tournament hosted in the Czech Republic and Slovakia this year.

Hockey Canada’s scouting staff will continue to monitor players following their return to their home clubs, with an eye for putting together the best available team to compete at the 2018 IIHF U18 World Championship in Russia next spring.