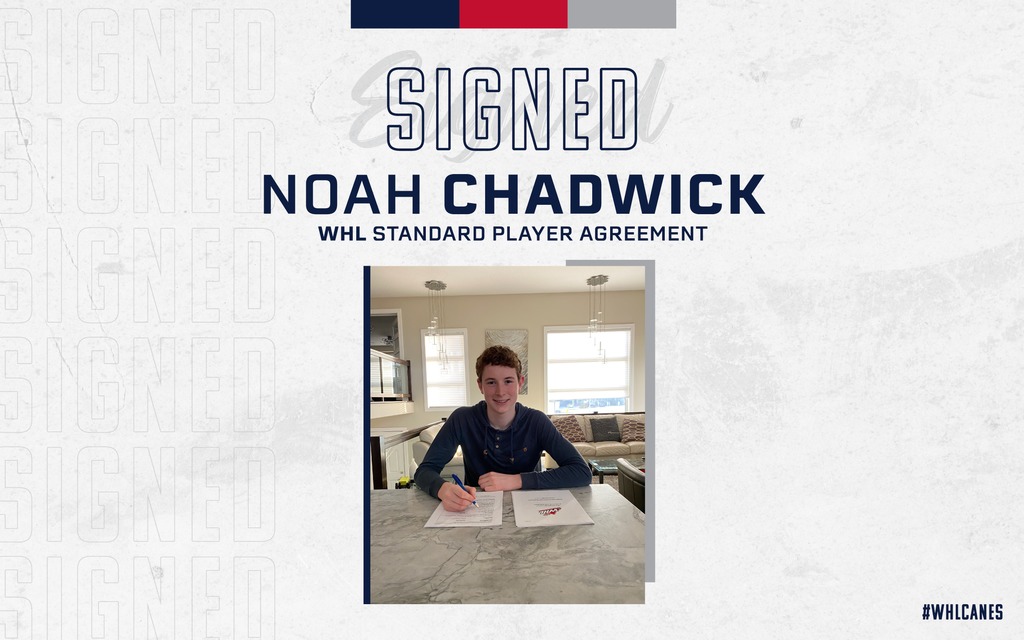 Chadwick, 14, was selected in the second round (38th overall) in the 2020 WHL Bantam Draft. The product of Saskatoon, Saskatchewan appeared in 21 games in 2019-2020 with the Saskatoon Stallions Bantam AA where he totaled 42 points (9g-33a) along with four penalty minutes.

“His hockey sense is really, really high and he’s going to be one of those guys that can run a power play eventually in our league,” said Hurricanes General Manager Peter Anholt. “I think any time you can those types of players, it’s going to be a good add for your backend.

“We really like what he brings; he’s a good sized kid already and the way he can move the puck and defend, he’s got an all-around game and he’s going to be a good fit for us.”

Chadwick, who is the younger brother of Saskatoon Blades prospect Ethan Chadwick, finished second in scoring among defenseman on the Stallions last season while finishing sixth in overall team scoring with his 42 points. In two seasons with the Stallions, he skated in 51 regular season games collecting 55 points (16g-39a) and six penalty minutes.

Chadwick joins first round pick Cole Miller as they two players so far from the 2020 WHL Bantam Draft to sign with the Hurricanes.