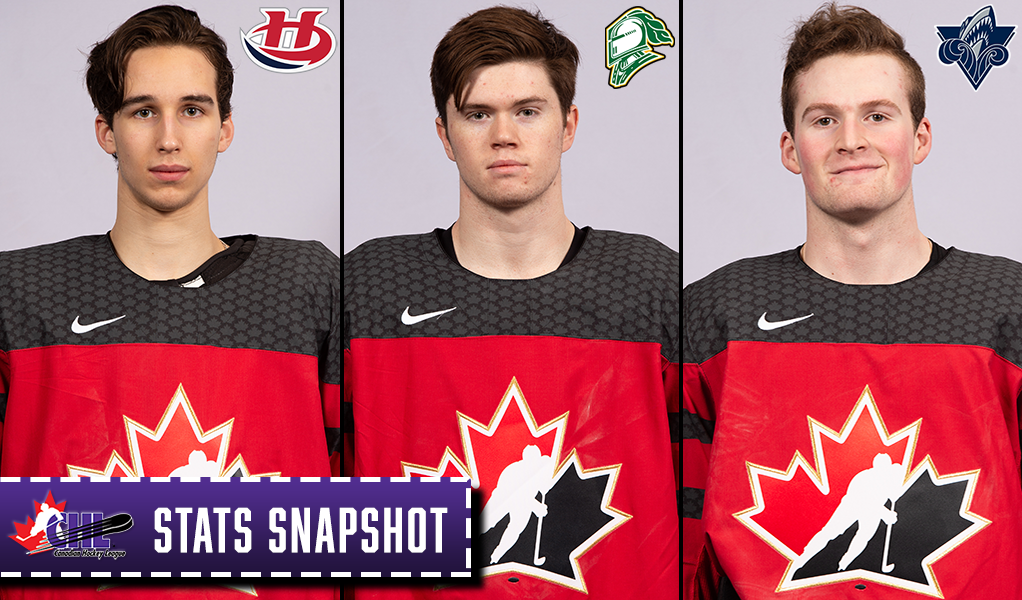 Here’s a closer look at some of the top performers:

Naturally, no one did it better than Rimouski Oceanic captain Alexis Lafreniere as the 2020 NHL Draft favourite led all CHL scorers with an MVP performance at the 2020 World Juniors with 10 points counting four goals and six assists across five contests.

Lafreniere’s best showing came in the tournament opener when he put up one goal and three assists for four points including the eventual game winner on an impressive individual effort that helped guide the Great White North to a critical 6-4 victory over the rival United States.

Beyond Lafreniere, other talent from across the QMJHL that impressed in World Junior play included a pair of Russian silver medalists in Minnesota Wild prospect Alexander Khovanov of the Moncton Wildcats who tallied eight points counting three goals and five assists in seven outings and St. Louis Blues draft pick Nikita Alexandrov of the Charlottetown Islanders who matched that point total after registering two goals and six assists in seven appearances.

There was also no shortage of scoring representation from the WHL as Buffalo Sabres first-round pick Dylan Cozens of the Lethbridge Hurricanes led the way with nine points including two goals and seven assists across seven appearances.

Cozens was a consistent offensive threat throughout tournament play as he recorded at least one point in five of seven outings, including an impressive four-point night that counted one goal and three assists in a 7-2 victory versus the Czech Republic to close out round robin play. The budding centre also came up big in the Gold Medal Game versus Russia as he opened the scoring for Canada en route to a 4-3 win.

Remaining in the WHL, the Hurricanes were well represented as blue-liner and Pittsburgh Penguins prospect Calen Addison put up one goal and eight assists for nine points to finish second in scoring among all defencemen competing in the tournament. Meanwhile, also shining from the WHL crowd was Winnipeg ICE right-wing Michal Teply who led his native Czech Republic with five points across as many appearances.

Acute familiarity with Canadian head coach Dale Hunter of the London Knights proved invaluable for Connor McMichael who was regularly entrusted with big minutes on the big stage.

McMichael backed up that support as his seven points counting five goals and two assists across seven games led all current OHL representatives. The Washington Capitals first-round pick also showed a keen ability to raise his game when it mattered most as he notched one goal and one assist in a 5-0 semi-final victory versus Finland before repeating that feat in gold medal play versus the Russians.

Across the OHL, strong showings were also seen from Los Angeles Kings prospect Arthur Kaliyev of the Hamilton Bulldogs who finished third in team scoring on the United States with six points in five games, followed by Toronto Maple Leafs draft pick Nick Robertson of the Peterborough Petes who collected two goals and three assists through five appearances.