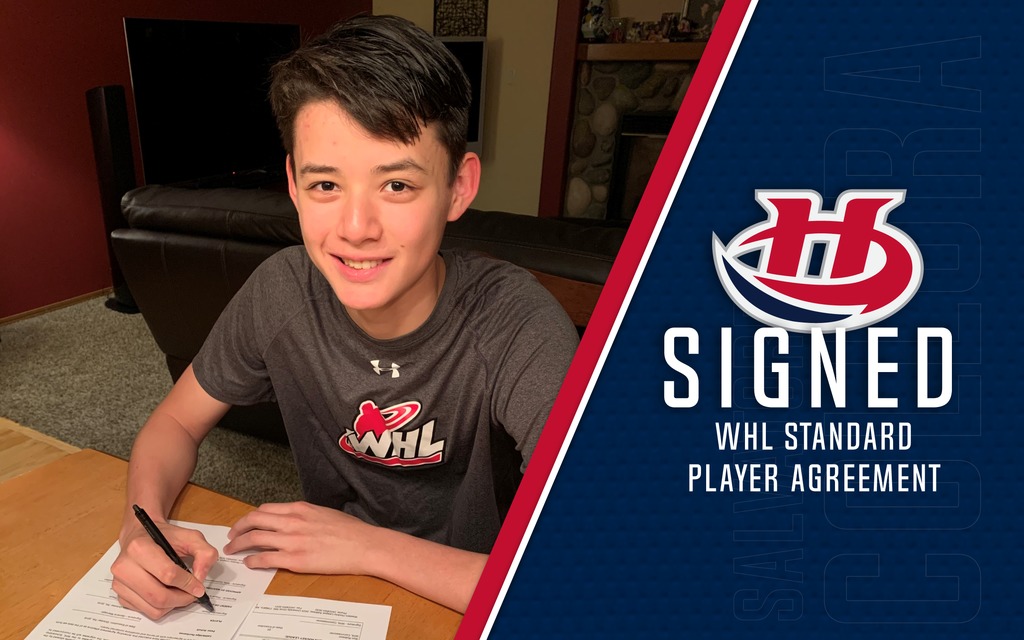 Collora, 16, was undrafted in the WHL Bantam Draft but was invited to Hurricanes training camp this season. The product of Woodinville, Washington appeared in 35 games last season collecting 30 points (10g-20a) along with 16 penalty minutes with the St. George’s School Elite 15s. Collora was held pointless in three post-season.

Collora joins forward Briley Wood as two 2003-born forwards, who were undrafted, that have been signed by the Hurricanes in the last week.

The ‘Canes embark on a four-game road trip this weekend in Saskatchewan before returning to the ENMAX Centre on Friday, October 18th when they welcome the Regina Pats at 7:00pm. Tickets can be purchased by calling 403-329-SEAT (7328), online at www.enmaxcentre.ca or in person at the ENMAX Centre or Yates Memorial Theatre Ticket Centre’s.