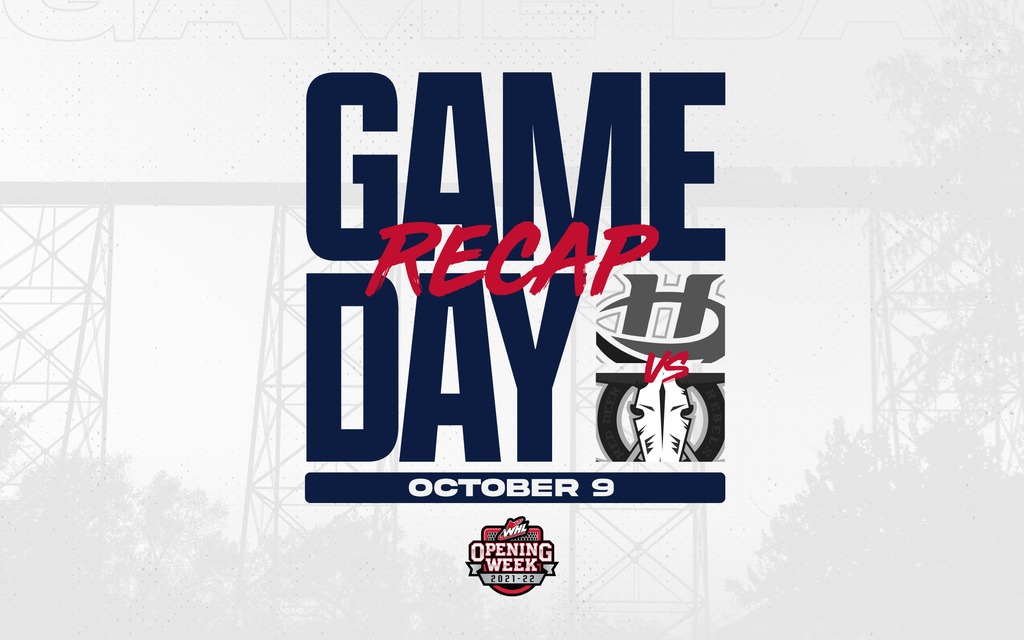 Lethbridge, AB – The Lethbridge Hurricanes ended a two-game homestand on Saturday with a come-from-behind 2-1 overtime victory over the Red Deer Rebels at the ENMAX Centre.

The Rebels opened the scoring on their first shot of the game just 2:24 into the contest as Kalan Lind pick-pocketed a ‘Canes defenseman before slipping it under Bryan Thomson to make it 1-0 early. Red Deer continued to carry the play in the opening period as they outshot the Hurricanes 9-8 in the first period and held the lead after one period.

Lethbridge picked up their play in the middle frame as they peppered Rebels goaltender Connor Ungar with 16 shots while allowing just nine shots. The ‘Canes tied the game at the 13:49 mark as Alex Cotton snapped home his first of the season to make it a 1-1 game; Chase Pauls and Yegor Klavdiev earned the assists on the goal as the game was even after forty minutes of play.

It was a tentative start to the third period from both teams as didn’t want to make a mistake. The teams traded chances in the final stanza as the Rebels outshot the ‘Canes 11-8 in the ‘Canes. Neither team was able to capitalize with a go-ahead goal despite numerous power play opportunities as the game went to overtime.

In the extra session, the ‘Canes outshot the Rebels 3-2 and won the game when Cotton scored his third career overtime-winning goal at the 2:28 mark; Justin Hall earned the only assist on the game-winning tally.

Lethbridge outshot Red Deer 36-32 in the game. The ‘Canes went 1/5 on the power play while the Rebels were 0/5 with the extra man.

The victory for the Hurricanes improved their overall record to 3-1-0-0 on the season and 2-1-0-0 at the ENMAX Centre. The ‘Canes sit second in the Central Division with their six points on the young campaign.

The Hurricanes visit the Edmonton Oil Kings next Friday at Rogers Place at 7:00pm. The ‘Canes will return to the ENMAX Centre on Saturday, October 23rd when they host the Prince Albert Raiders. Tickets for the game can be purchased by visiting the ENMAX Centre Ticket Centre, the Yates Memorial Theatre Ticket Centre, by calling 403-329-SEAT (7328) or online at www.lethbridgehurricanes.com.