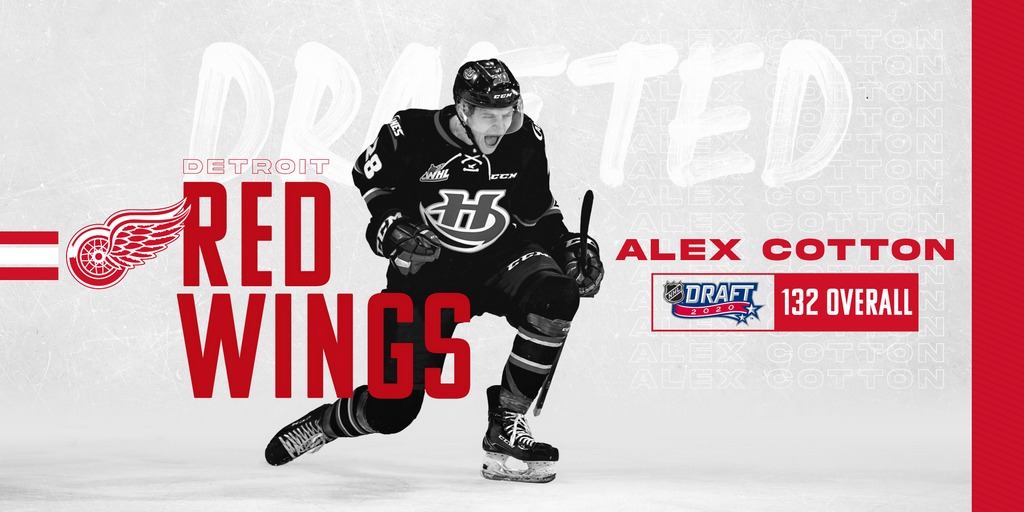 Lethbridge, AB – The Lethbridge Hurricanes Hockey Club had one member selected in the 2020 NHL Entry Draft as defenseman Alex Cotton was chosen by the Detroit Red Wings.

Cotton, 19, was selected in the fifth round (132nd overall). The Langley, BC product lead all WHL blueliners in points during the 2019-2020 season with 67 points while finishing second in goals by a defenseman with 20. Cotton became just the second Hurricanes defenseman to reach the 20-goal plateau in a single season last year.

“I can’t even begin to describe how happy I am right now,” said Cotton on Twitter. “I’m so excited for the future.”

The 2020 NHL Draft was the fourth straight season with at least one Hurricanes player drafted and the sixth time in the last seven drafts. In total, 29 Western Hockey League players were selected, including 18 forwards, nine defenseman and two goaltenders.