Cougars Stun Hurricanes 6-5 in a Shootout 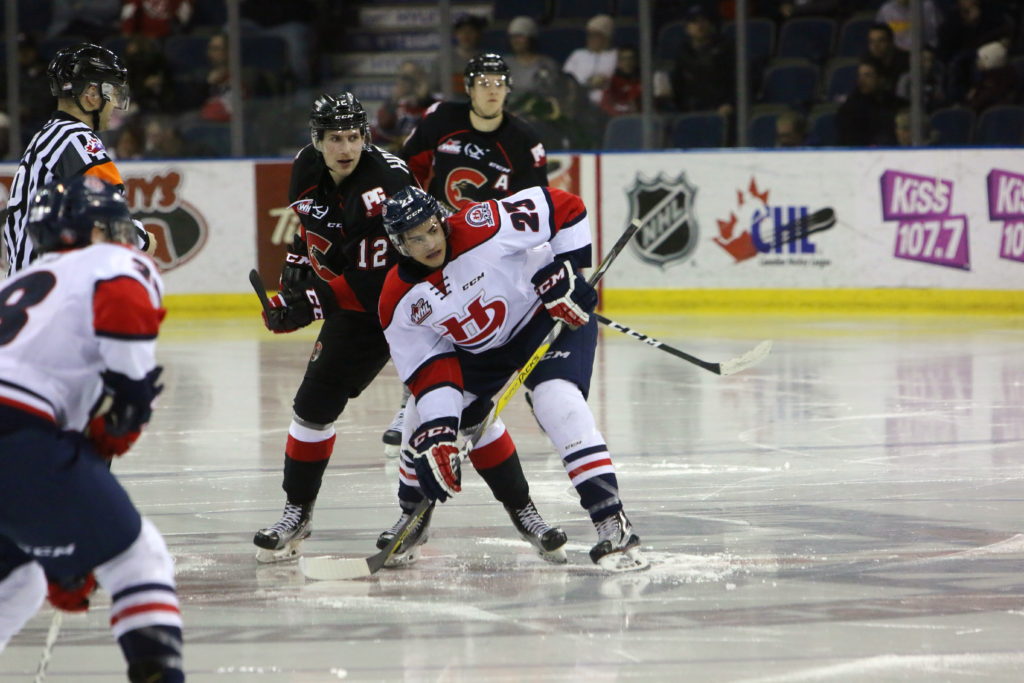 Lethbridge, AB – The Lethbridge Hurricanes returned home Friday night as they kicked off a three-in-three weekend with a 6-5 shootout loss to the Prince George Cougars.

The Hurricanes jumped out to an early lead as Jordy Bellerive scored his 20th of the season at the 4:51 mark on a solo rush to make it 1-0 Lethbridge – Bellerive now has goals in four straight games and in six of his last eight outings. Just 54 seconds later, Brennan Riddle snapped home his third of the year on a point shot the beat Nick McBride to make it 2-0 – Tyler Wong and Brennan Menell earned the assists. Prince George answered back just 48 seconds after the Riddle goal as Nikita Popugaev banged home a rebound to make it 2-1. The ‘Canes struck again, on the power play, as Jadon Joseph was credited with his first Western Hockey League goal on a goalmouth scrum at the 16:01 mark – Igor Merezhko and Egor Babenko picked up the helpers as the ‘Canes had a 3-1 lead after twenty minutes of play. Hurricanes outshot the Cougars 16-13 in the first period.

Things continued to go the way of the Hurricanes in the second period. Just 4:08 into the middle frame, Menell picked off a cross-seam pass while shorthanded and worked away on a breakaway before deking McBride and roofing it over the PG netminder to make it 4-1 Lethbridge. The ‘Canes made it a 5-1 lead as Wong potted his 30th of the season at the 11:53 mark on yet another breakaway – Calen Addison and Kyle Yewchuk picked up the assists as the ‘Canes were in control after forty minutes of play. Lethbridge outshot Prince George 10-9 in the third period and held the edge 26-22 after two periods.

In the third period, the Cougars took over the game. Prince George outshot the Hurricanes 13-11 and stormed back to tie the game. Jesse Gabrielle netted a power play goal at the 5:13 mark to kick-start the comeback. Just 1:42 later, Josh Curtis scored a shorthanded goal to make the score 5-3. At the 10:23, Prince George struck again as Brogan O’Brien netted his first of two in the period to make it a 5-4 hockey game. Then, O’Brien scored again at the 15:59 mark to tie the game at 5-5 beating Stuart Skinner over the blocker.

A thrilling five minutes of three-on-three overtime ensued with great chances and fantastic goaltending on both sides but neither team was able to win it in the extra session setting up a shootout. In the shootout, Popugaev was the only one who scored lifting the Cougars to a come-from-behind 6-5 shootout win.

The Hurricanes outshot the Cougars 5-4 in overtime and 42-39 on the night. Both teams went 1/4 with the power play on the evening.

The loss for the Hurricanes snapped a three game winning streak and drops their record to 23-15-3-3 on the season. The Hurricanes have now lost seven straight games to the Cougars dating back to October of 2012.

The ‘Canes are back in action on Saturday when they welcome the Edmonton Oil Kings at the ENMAX Centre at 7:00pm. Tickets are available online, by calling 403-329-SEAT (7328) or by visiting the ENMAX Centre or Yates Ticket Centre’s.