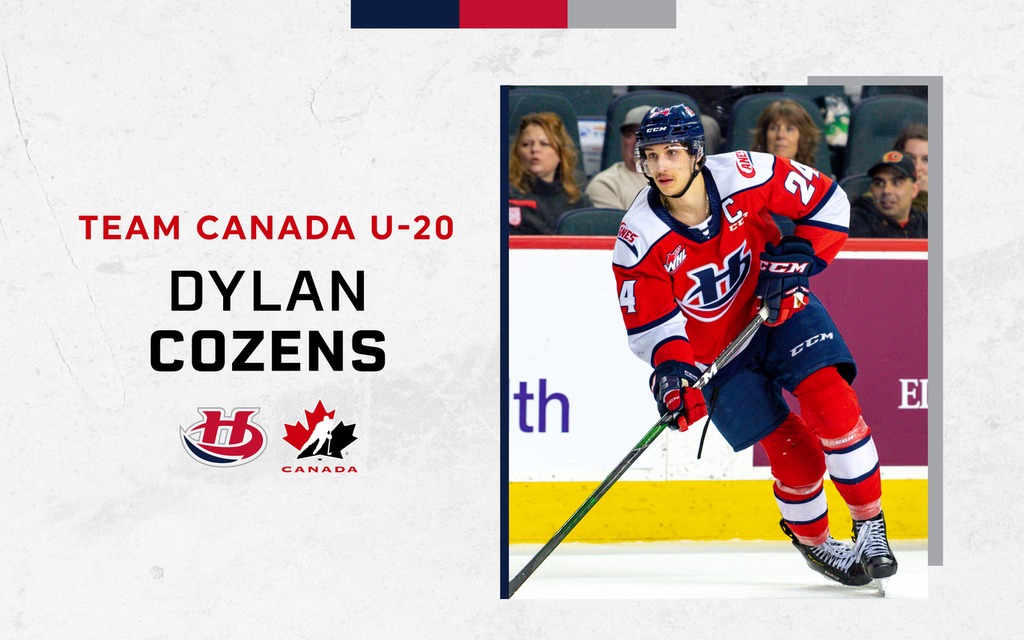 Cozens, 19, appeared in 51 games with the Hurricanes during the shortened 2019-2020 season where he collected 85 points (38g-47a) along with a plus-23 rating and 38 penalty minutes. The Whitehorse, Yukon product was named the 28th Captain in Hurricanes history while also being named the Western Hockey League’s Eastern Conference Player of the Year. He has appeared in 179 career regular season games with the Hurricanes totaling 223 points (95g-128a) with a plus-49 rating and 88 penalty minutes while also having added 29 points (14g-15a) in 35 career post-season games.

The 2019 first round pick (7th overall) of the Buffalo Sabres was apart of Canada’s gold medal winning 2020 IIHF World Junior team in the Czech Republic last season where he totaled nine points (2g-7a) along with a plus-6 rating and four penalty minutes in seven tournament games; Cozens also scored in the clinching game over Russia. The 6’3, 185-pound forward has represented Canada at the Under-17, Under-18 and Under-20 levels. In 2020, Cozens – along with ‘Canes defenseman Calen Addison – became the first Hurricanes to represent Canada at the World Junior Championship since 2009.

Cozens is one of seven returning players from the 2020 gold medal winning team that has been named to the camp. A total of 15 WHL players will take part in the virtual summer development camp that will be held July 27-31. The 2021 IIHF World Junior Championship is scheduled to take place in Edmonton and Red Deer, Alberta in December 2021.