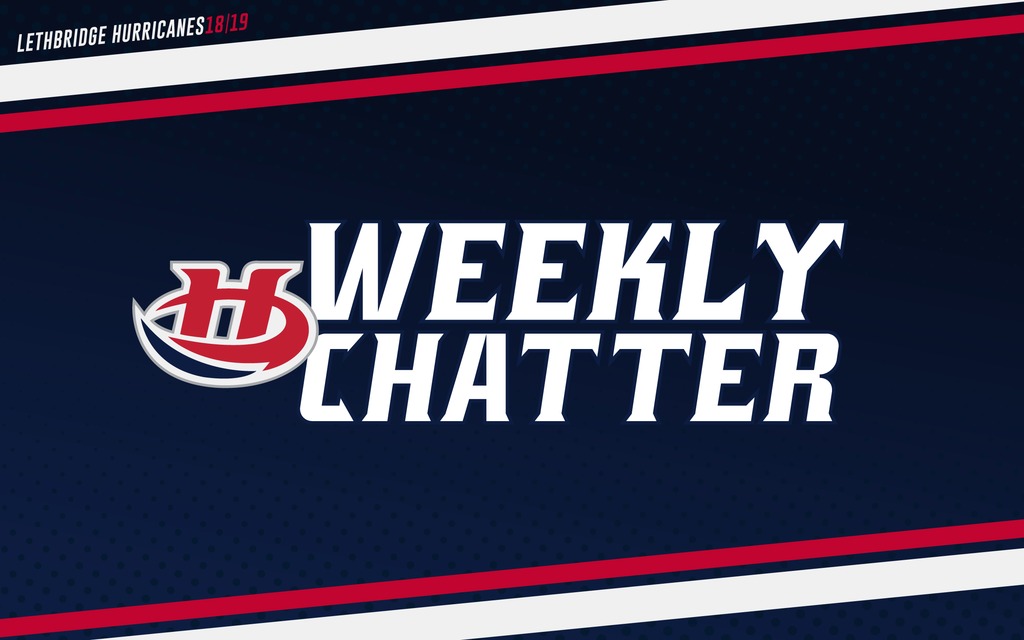 Celebrity Dinner: On Saturday, January 19th the Hurricanes will be holding their 13th Annual Celebrity Dinner featuring special guest Bob McKenzie from TSN! The night will be hosted by Canadian comedian Kevin Stobo. The dinner will take place at the Sandman Signature Lodge, with cocktails beginning at 6:00pm. Tickets for the event can be purchased by calling 403-328-1986.

Toy Mountain/Ugly Sweater: The Hurricanes will host KiSS 107.7 Night at their next home game on Wednesday, December 12th when they welcome the Kelowna Rockets for Toy Mountain. Fans are encouraged to bring a new, unwrapped toy for donation. While on Saturday against the Kamloops Blazers, Santa Clause will be at the game for Ugly Christmas Sweater night!

Book Your Christmas Party: Need an idea for your office, or family, Christmas party? Why not take in a Hurricanes game? The Hurricanes have two home games remaining before the Christmas break on Wednesday, December 12th and Saturday, December 15th. Call Dylan or Tamara at the Hurricanes office to find out more about the private party deck!

Wednesday, December 5th – 3-2 OT Win at Kootenay Ice: The Hurricanes won their fourth straight game on Wednesday with a 3-2 overtime win in Cranbrook against the Kootenay Ice. Alex Cotton and Jake Leschyshyn scored in regulation while Dylan Cozens netted the overtime winner in the victory.

Friday, December 7th – 6-2 Loss at Spokane Chiefs: The Hurricanes had their four-game winning streak snapped with a 6-2 loss in Spokane on Friday against the Chiefs. The ‘Canes received second period goals from Igor Merezhko and Jackson Shepard in the losing cause.

Saturday, December 8th – 8-7 OT Loss at Tri-City Americans: The Hurricanes ended their three-game road trip with a wild 8-7 overtime loss in Tri-City against the Americans. Jake Elmer scored his first WHL hat-trick along with two assists in the losing cause as he led all scorers in the game.

Wednesday, December 12th – vs. Kelowna Rockets (7:00pm): The Hurricanes begin their final week before the Christmas break as they welcome the Kelowna Rockets for the only meeting of the season.

Saturday, December 15th – vs. Kamloops Blazers (7:00pm): The Hurricanes play their final home game of the first half on Saturday as they welcome Zane Franklin and the Kamloops Blazers. It will be the only meeting of the season between the ‘Canes and Blazers.

Sunday, December 16th – at Calgary Hitmen (4:00pm): The Hurricanes will make their final trip to Scotiabank Saddledome this season on Sunday to face the Calgary Hitmen in the final game of the first half of the season for the Hurricanes.

Go West, Young Man: Hurricanes defenseman Calen Addison is in Victoria for Hockey Canada’s World Junior Selection Camp. He is one of 12 defenseman and 34-players in total vying for a spot on Canada’s World Junior team. He is the first ‘Cane invited to the camp since 2009 when Zach Boychuk attended. Hurricanes head coach Brent Kisio, who is an assistant coach for Canada, is also at the camp.

Depth of Scoring: After a five-point effort, including his first WHL hat-trick on Saturday, Jake Elmer became the seventh Hurricane this season to reach the 30-point plateau joining Nick Henry, Dylan Cozens, Jake Leschyshyn, Jordy Bellerive and Calen Addison as the others. No other team has more than three players with 30-or-more points on the season.