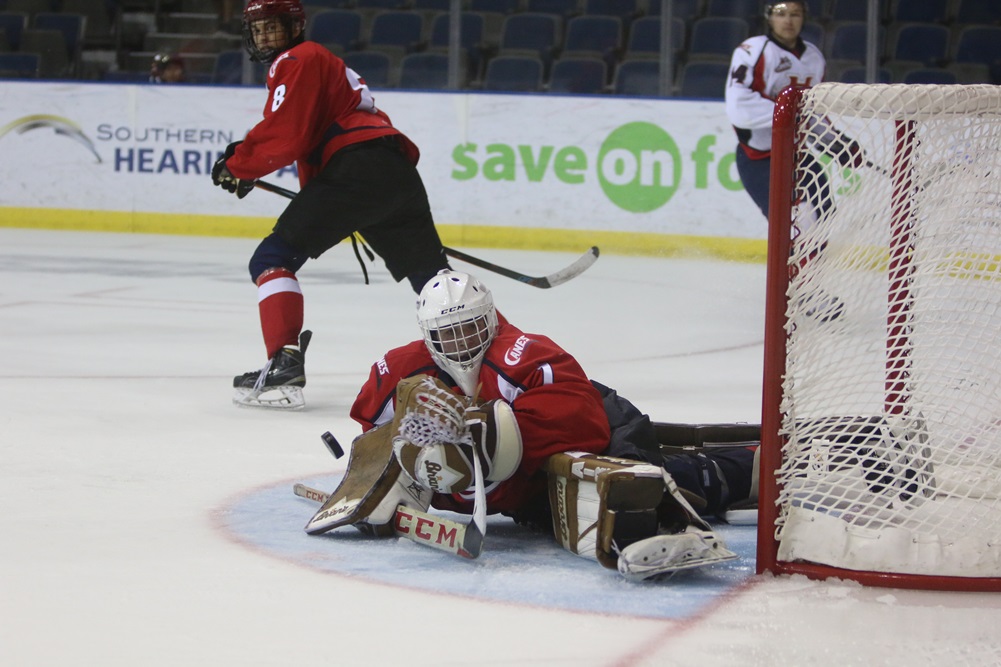 Lethbridge, AB – The Lethbridge Hurricanes Hockey Club announced Thursday that the team will take 32 players into the exhibition season which begins on Friday night when the ‘Canes host the Medicine Hat Tigers at Nicholas Sheran Ice Centre at 7:00pm.

The Hurricanes trimmed their roster by a total of 16 following their Red vs. White Inter-squad game Tuesday night. Among the players cut include:

“Austin has returned to the Okotoks Oilers to pursue an Ivy League education,” said Hurricanes General Manager Peter Anholt regarding Austin Wong’s decision to return to Junior-A. “This is not about hockey, it’s about education and we respect his decision.”

The Hurricanes will have a total of 22 players on their exhibition roster that skated in post-season games last year for the club. Included in that list is defenseman Brennan Riddle and forward Ryan Bowen. Both Riddle and Bowen are recovering from off-season surgeries and will return to the club once healthy. Meanwhile, netminder Ryan Gilchrist has not returned to the hockey club as he has elected to pursue his education.

The Hurricanes will begin the 2017 ENMAX Pre-Season on Friday night against the Tigers at Nicholas Sheran Ice Centre. Tickets for the game are available at any Gas King location in Lethbridge or at the door. The ‘Canes will return to the ENMAX Centre on Friday, September 8th when they host the Swift Current Broncos; tickets for that game are also $10 and can be purchased at Gas King, the Lethbridge Minor Hockey Association, the Coaldale Food Market or at the door.