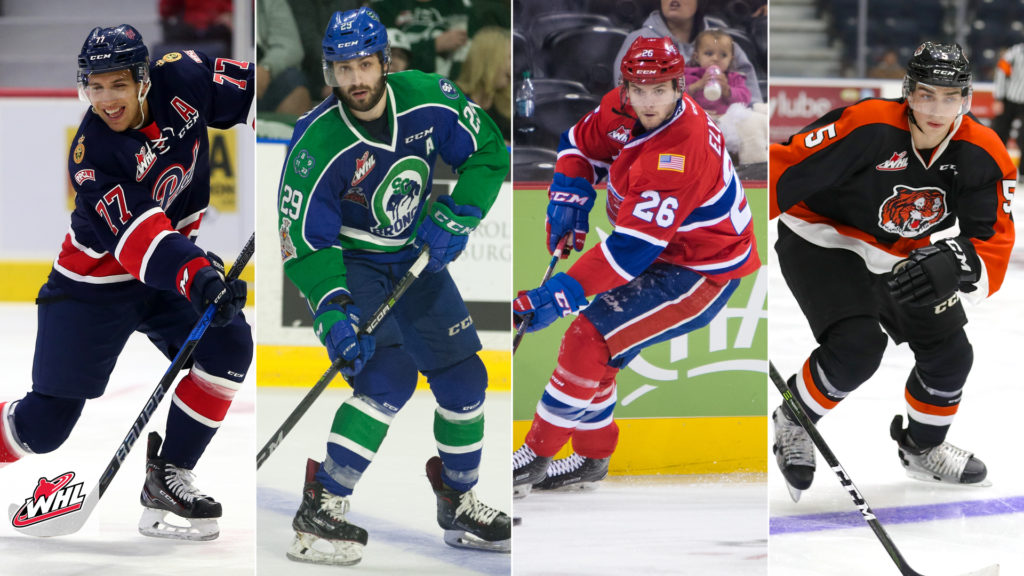 St. Johns, N.L. – The Newfoundland Growlers are ECHL Kelly Cup champions. After winning Game 6 against the Toledo Walleye, 4-3 Tuesday, the Growlers lifted the Kelly Cup, claiming the ECHL championship in their inaugural season.

Estephan and Elynuik were also instrumental in Game 6, notching three points (2G-1A) and two points (2A); respectively. Giving the Growlers a two-goal lead, Estephan scored back-to-back goals leading to what would eventually be the game-winning goal with Elynuik providing the assist.

Estephan, a WHL Champion with the Swift Current Broncos was originally selected fourth overall in the 2012 WHL Bantam Draft by the Lethbridge Hurricanes. Between the Hurricanes and Broncos, the 6-foot-5, 194-pound forward amassed 325 points (131G-194A) in 327 games.

Elynuik, a Calgary, Alta. native was selected by the Kootenay ICE in the third round, 60th overall in the 2012 WHL Bantam Draft. In 280 WHL regular season games, 6-foot-5, 194-pound split his time between Kootenay and the Chiefs recording 223 points (84G-139A) in total.

Also a contributor to the Growlers’ success was Rubins, a former Medicine Hat blueliner. Throughout his 17 playoff games, Rubins earned three points (1G-2A). During the regular season, he notched 18 points (2G-16A) in 56 games.

The Riga, Latvia product was selected 16th overall by Medicine Hat in the CHL Import Draft in 2016. In his two years with the Tigers, Rubins recorded 51 points (10G-41A) in 109 games.

Additional WHL Alumni wisdom came in the form of the Growlers’ Assistant Coach Darryl Williams, who played for the Victoria Cougars in 1985-86. During his season with the Cougars, the Labrador City, N.L. native collected five points (3G-2A) in 38 games.

While their performances were strong, perhaps the most dazzling aspect for these WHL Alumni is the fact that Growlers joined the ECHL as an expansion team prior to the 2018-19 season and have now become the first team to claim the ECHL title in its first season of existence since the Greensboro Monarchs in 1990.