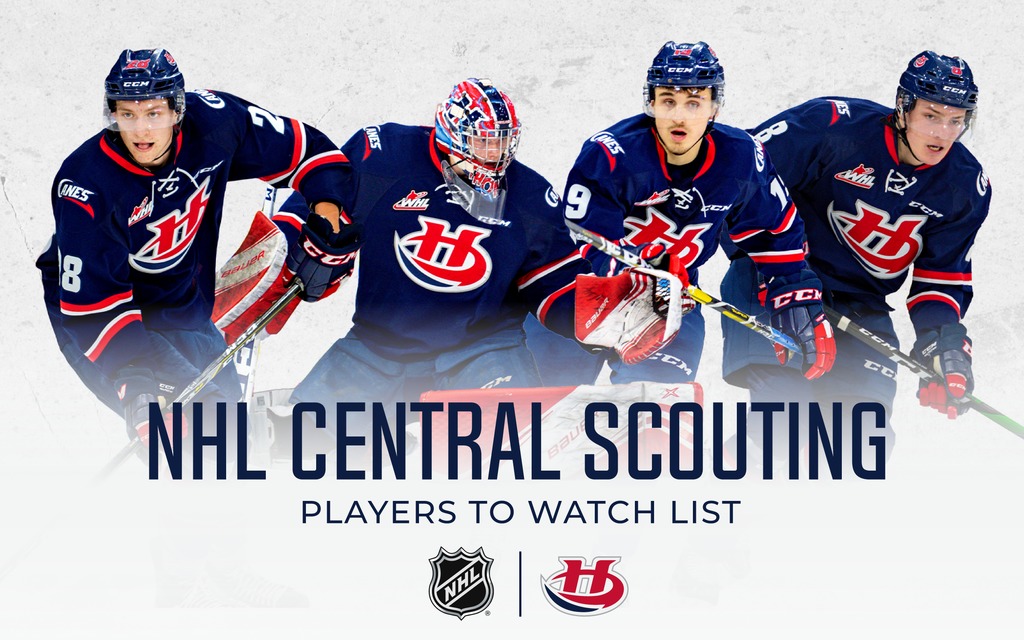 Okuliar, 19, who was undrafted in his first two years of eligibility for the NHL draft was ranked as the 117th among North American skaters. The product of Trencin, Slovakia recently represented his nation at the 2020 IIHF World Junior Championship in the Czech Republic where he finished with four points in five games. Okuliar leads the Hurricanes with 24 goals while totaling 44 points in 34 games this season.

Cotton, 18, was also undrafted in his first year of elibility for the NHL draft. The product of Langley, BC was ranked 118th among NA skaters. The 6’2, 180-pound defenseman has had a tremendous breakout season as he currently leads all WHL defenseman in scoring with 43 points (12g-31a) along with 24 penalty minutes this season. Last year, Cotton had just 11 points in 54 games during his rookie season.

Boyko, 17, is in his first year of eligibility for the draft and was ranked 180th among North American skaters. The product of Sherwood Park, Alberta was originally drafted by the Hurricanes in the first round (16th overall) in the 2017 Western Hockey League Bantam Draft. This season, Boyko has collected 25 points (10g-15a) along with 10 penalty minutes in 42 games with the ‘Canes. He has skated in his 100th WHL game last Saturday as he has registered 40 points in his career.

Thomson, 17, was ranked fifth among North American goaltenders while being the second ranked WHL netminder. The Moose Jaw, Saskatchewan native has appeared in 19 games this season posting an 11-4-1-0 record with a 2.58 goals against average (GAA) and a .906 save percentage (SV%) along with one shutout. Thomson has played in 24 WHL games going 14-5-1-0 with a 2.75 GAA and a .904 SV%. He was originally drafted by the Hurricanes in the second round (37th overall) in the 2017 WHL draft.

A total of 51 WHL players were ranked by Central Scouting for the NHL Entry Draft which is slated for June 26-27 at the Bell Centre in Montreal, Quebec.

The Hurricanes return to action this Friday when they welcome the Red Deer Rebels at the ENMAX Centre at 7:00pm. Tickets for the game can be purchased by calling 403-329-SEAT (7328), online at www.enmaxcentre.ca or in person by visiting the ENMAX Centre or Yates Memorial Theatre Ticket Centre’s.