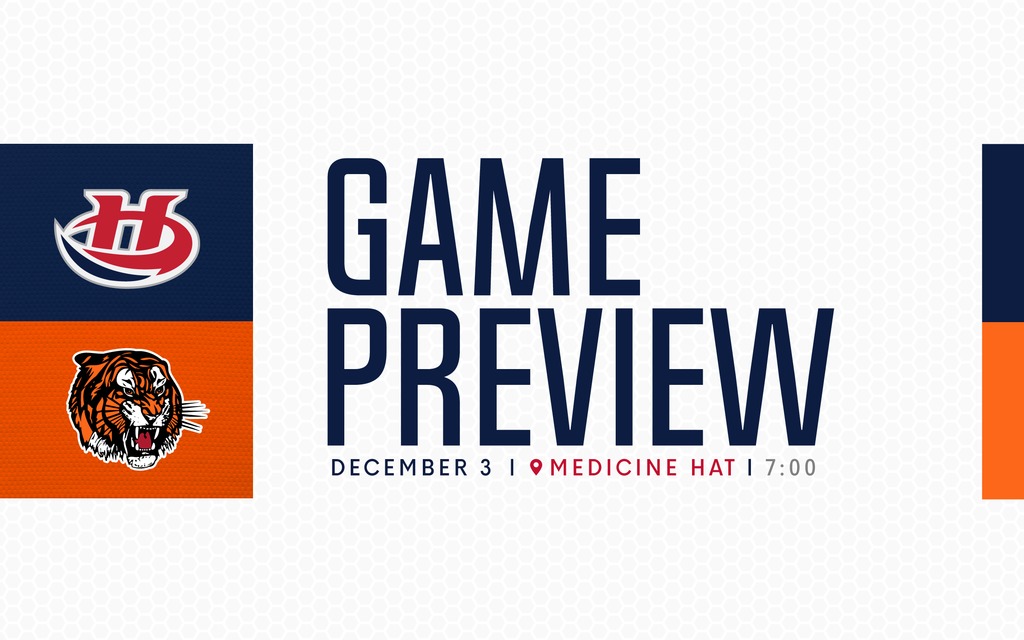 Lethbridge, AB – The Lethbridge Hurricanes begin a four game in five night week as they visit the Medicine Hat Tigers tonight at 7:00pm at the Canalta Centre.

The Hurricanes (17-7-0-4) enter after a 4-3 shootout loss on Friday to the Saskatoon Blades at the ENMAX Centre. Oliver Okuliar scored twice while Alex Thacker added the other in the loss. The defeat ended a two-game winning streak for the ‘Canes who enter tonight with a 10-3-0-1 on the road this season.

The Tigers (18-7-1-0) were last in action on Saturday when they beat the Blades 5-3 at home. Medicine Hat enters on a four-game winning streak and are 8-2-0-0 in their last 10 games. The Tigers are tied for the WHL-lead in victories with 18 on the season.

Tonight will be the fourth of eight meetings on the season between the Hurricanes and the Tigers; the ‘Canes are 1-0-0-2 in the three previous meetings between the two teams with the road team having won all three match-ups so far. The game can be seen at both Browns Socialhouse locations in Lethbridge or heard on 106.7 ROCK. You can also watch the game online at www.whllive.com.

VS. TIGERS: Tonight will be the fourth of eight meetings on the season between the Hurricanes and the Tigers. The ‘Canes have posted a 1-0-0-2 record against Medicine Hat this season. Lethbridge is 8-1-1-3 in the last 13 head-to-head meetings dating back to last season.