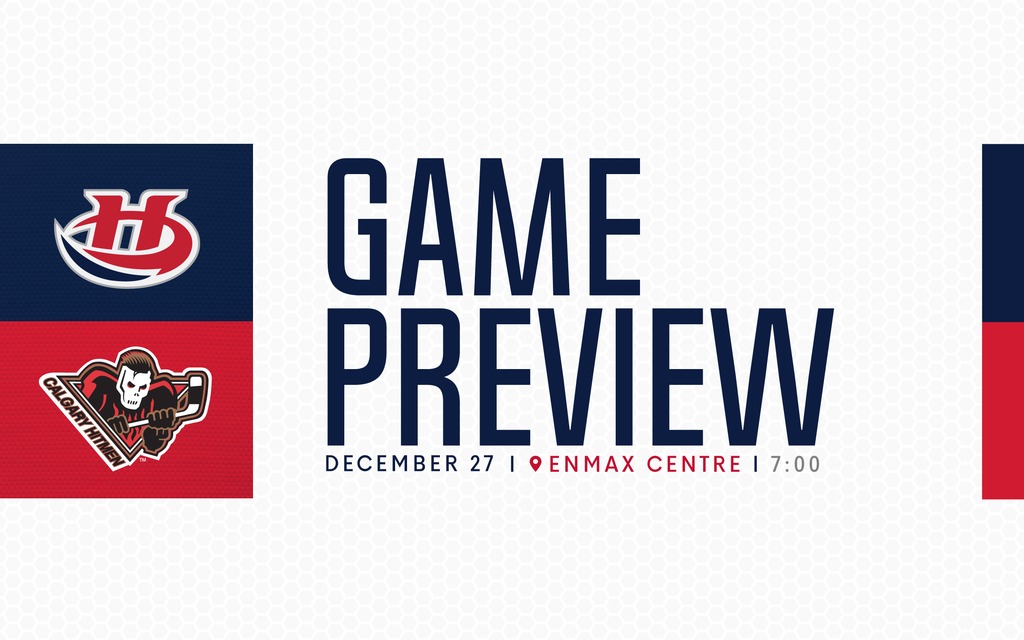 Lethbridge, AB – The Lethbridge Hurricanes begin the second-half of the regular season tonight as they welcome the Calgary Hitmen at 7:00pm at the ENMAX Centre.

The Hurricanes (20-10-0-5) enter having had their three-game winning streak snapped on December 15th against the Hitmen at Scotiabank Saddledome in the final game before the Christmas break. D-Jay Jerome and Justin Hall scored in the defeat. The Hurricanes enter play tonight with a 9-5-0-4 record at home this season.

The Hitmen (16-10-3-1) ended a three-game losing streak with the victory against the Hurricanes in their last outing. Riley Fiddler-Schultz scored twice while Carson Focht, Riley Stotts and Josh Prokop scored the goals in the win for Calgary while Jack McNaughton made 15 saves in the win.

Tonight will be the final of three straight games between the Hurricanes and the Hitmen; the teams have split the firs two games with the home team winning both outings. Tickets for tonight’s game can be purchased by calling 403-329-SEAT (7328), online at www.enmaxcentre.ca or by visiting the ENMAX Centre or Yates Memorial Theatre Ticket Centre’s.

VS. HITMEN: Tonight will be the third of seven meetings on the season between the Hurricanes and the Hitmen. Calgary eliminated Lethbridge in Game 7 of the first round of the playoffs last year. The ‘Canes posted a 5-1-0-0 record in the six regular season meetings last year and are 6-2-0-0 in the last eight regular season meetings. The teams have split a pair of games so far this season with the home team winning both.