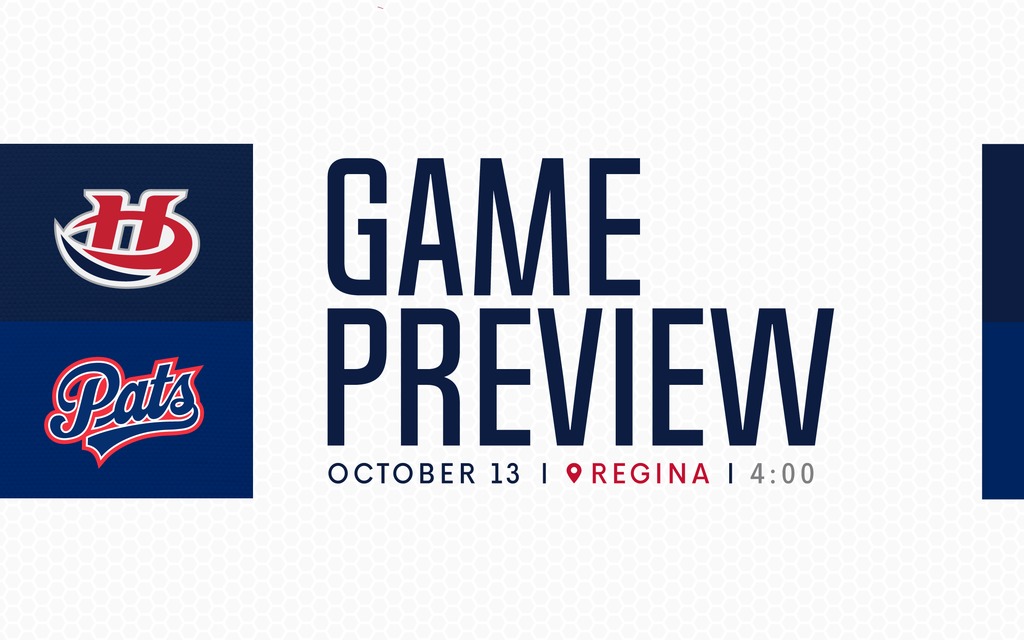 Regina, SK – The Lethbridge Hurricanes play the final of a three-in-three weekend this afternoon at 4:00pm as they visit the Brandt Centre to take on the Regina Pats.

The Hurricanes (3-4-0-1) are coming off a 2-1 loss last night in Saskatoon to the Blades to fall to 0-2-0-0 through the first two games of this four-game Saskatchewan trip. Dylan Cozens scored the lone goal while Carl Tetachuk made 28 saves in goal. The ‘Canes went 6/6 on the penalty kill in the contest.

The Pats (1-8-0-0) enter today after being handed a 4-2 loss last night at home by the Vancouver Giants. Ryker Evans and Cole Dubinsky scored in the loss while Danton Belluk made 25 saves. The loss was Regina’s eighth straight defeat.

Today will be the first of four meetings on the season between the Hurricanes and Pats; and the first of two meetings in five days. The game can be seen at both Browns Socialhouse locations in Lethbridge or heard on 106.7 ROCK. You can also watch the game online at www.whllive.com

LAST GAME: 2-1 Loss at Saskatoon Blades: The Lethbridge Hurricanes dropped their second straight game on Saturday with a 2-1 defeat in Saskatoon to the Blades. Dylan Cozens scored the lone goal in the loss while Carl Tetachuk made 28 saves. The ‘Canes were 0/3 on the power play but 6/6 on the penalty kill.

VS. PATS: Tonight will be the first of four meetings on the season between the Hurricanes and the Pats. Lethbridge posted a 3-1-0-0 record in the four-game season series last year, including a 2-0-0-0 record at the Brandt Centre in Regina.