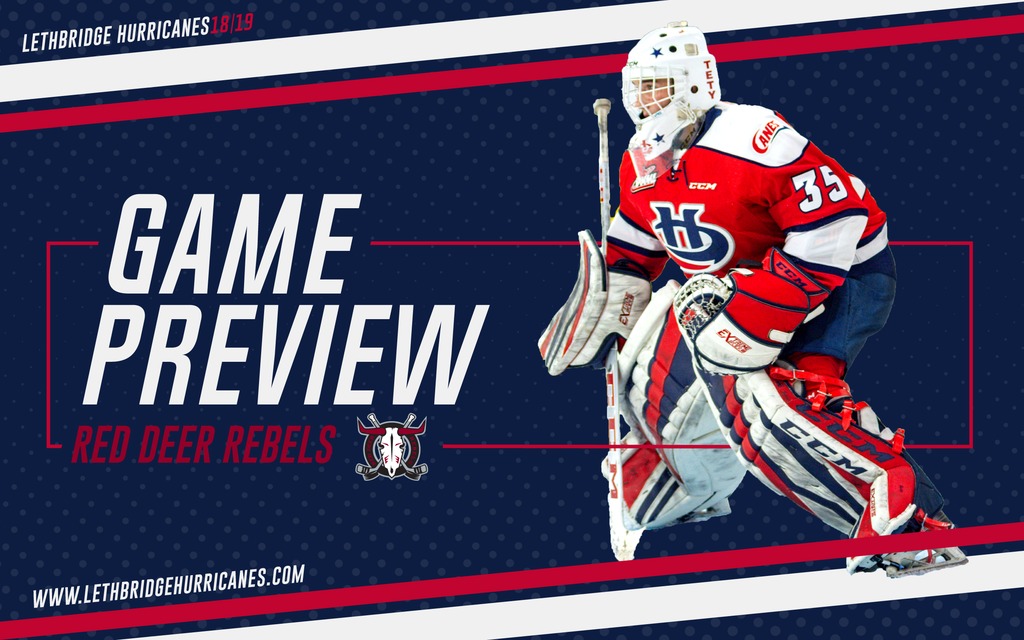 Lethbridge, AB – The Lethbridge Hurricanes will end a three-in-three weekend tonight as they welcome the Red Deer Rebels to the ENMAX Centre at 6:00pm.

The Hurricanes (13-8-3-2) enter on a two-game winning streak after earning a 3-1 win last night in Medicine Hat against the Tigers. Jordy Bellerive, Jake Leschyshyn and Dylan Cozens scored second period goals while Reece Klassen made 31 saves in the win. The ‘Canes enter tonight having posted a 4-0-1-0 record in their last five games.

The Rebels (17-9-1-0) are coming off a 3-2 loss last night at home to the Moose Jaw Warriors. Brandon Hagel and Zak Smith scored in the losing cause while Byron Fancy made 43 saves in the defeat. Red Deer enters tonight leading the Central Division with 35 points on the season.

Tickets for tonight’s game can be purchased online at www.enmaxcentre.ca, by calling 403-329-SEAT (7328) or by visiting the ENMAX Centre Ticket Centre.