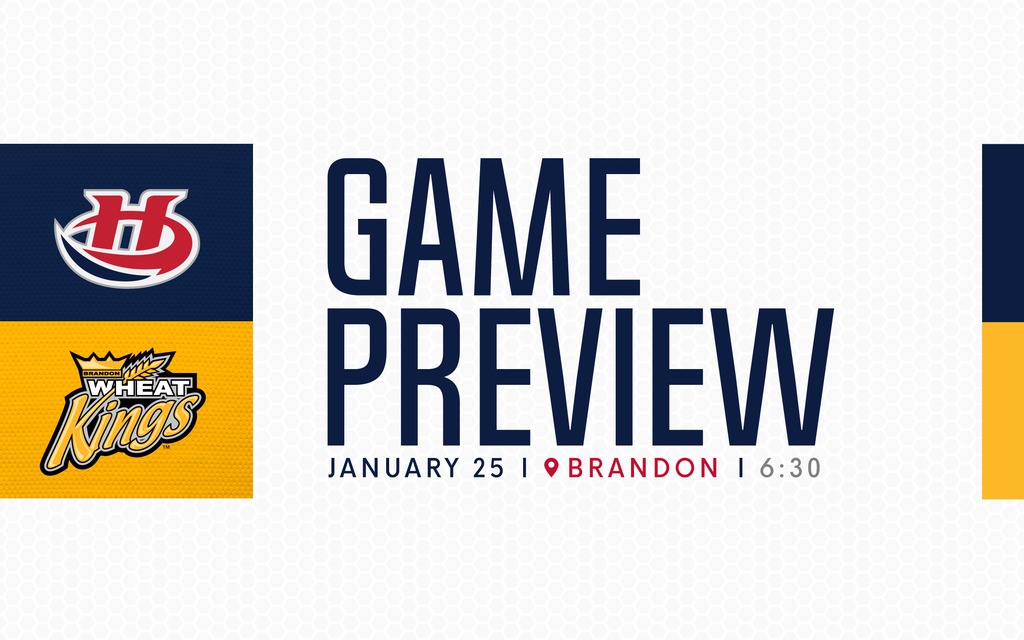 Brandon, MB – The Lethbridge Hurricanes end a three-game East Division swing with their final pit stop in Manitoba to face the Brandon Wheat Kings at 6:30pm MT at Westoba Place.

The Hurricanes (28-11-2-5) enter on a two-game winning streak after earning a 7-2 victory last night in Regina against the Pats. Dylan Cozens, Oliver Okuliar and Alex Cotton all scored twice in the win while Calen Addison had five assists in the game. It was the second straight game the ‘Canes scored seven goals in a game and the third time in the last five games.

The Wheat Kings (25-17-1-2) earned their 10th straight win last night at home against the Victoria Royals as they earned a 6-3 victory. Luka Burzan scored twice in the win for the second straight game. It was the Wheat Kings seventh straight home-ice victory as they enter third in the East Division, just three points back of the division leading Winnipeg ICE.

Tonight will be the third of four meetings on the season between the Hurricanes and the Wheat Kings; Lethbridge has earned 5-2 victories in the prior two wins this season. The game can be seen at both Browns Socialhouse locations in Lethbridge or heard on 106.7 ROCK. You can also watch the game online at www.whllive.com.

VS. WHEAT KINGS: Tonight will be the second of four meetings on the season between the Hurricanes and the Wheat Kings. Lethbridge has won both games this season by 5-2 scores. The ‘Canes have won five straight games against Brandon dating back to last season outscoring them 24-10 in those four games.