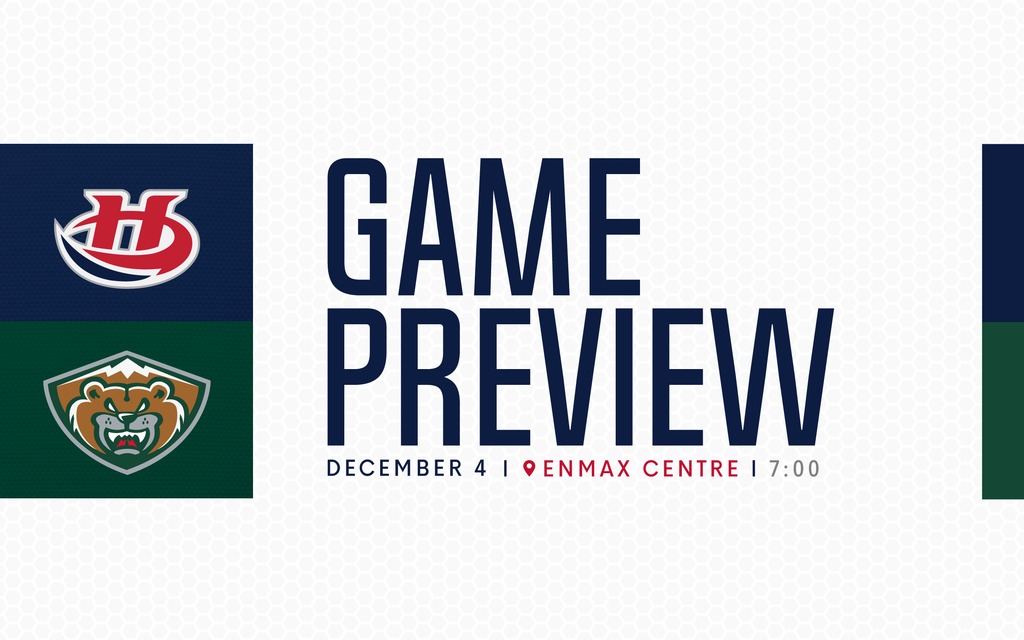 Lethbridge, AB – The Lethbridge Hurricanes continue their four game in five night stretch as they begin a two-game homestand against the Everett Silvertips tonight at 7:00pm at the ENMAX Centre.

The Hurricanes (17-8-0-4) are coming off their worst loss of the season last night falling 8-3 in Medicine Hat to the Tigers. Chase Wheatcroft, Dylan Cozens and Logan Barlage scored in the defeat. It was the first time all year the ‘Canes allowed more than five goals in a game. Lethbridge enters play tonight with a 7-4-0-3 record at home this season.

The Silvertips (17-6-1-0) go into play tonight sitting second place in the US Division trailing the Portland Winterhawks by two points. The ‘Tips were downed 2-1 in their last outing on Saturday at home to the Seattle Thunderbirds. Everett is 2-2-0-0 in their last four games and are 7-2-0-0 on the road this year.

Tonight will be the lone meeting of the season between the Hurricanes and the Silvertips; Lethbridge has lost two straight games against Everett dating back to 2016. Tickets for tonight’s game can be purchased by calling 403-329-SEAT (7328), online at www.enmaxcentre.ca or in person by visiting the ENMAX Centre or Yates Memorial Theatre Ticket Centre’s.

VS. SILVERTIPS: Tonight will be the only meeting of the season between the Hurricanes and the Silvertips. The ‘Canes dropped a 9-1 decision to the ‘Tips in their lone meeting last year in Everett. Lethbridge has dropped two straight to the Silvertips dating back to November 19th/2016 when the ‘Canes earned a 2-1 win in Everett; Ryan Vandervlis and Tyler Wong scored the goals while Stuart Skinner made 30 saves in that victory. Tonight will be Everett’s first visit to Lethbridge since October 13th/2017 when they earned a 4-3 win.