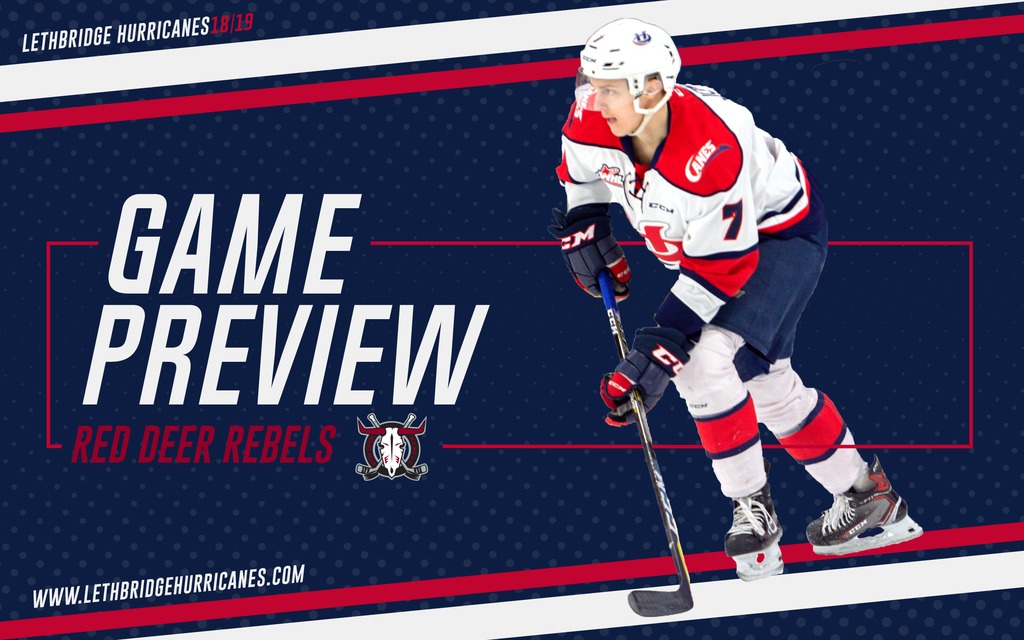 Lethbridge, AB – The Lethbridge Hurricanes begin the 2019 portion of the schedule tonight as they visit the Red Deer Rebels at 7:00pm at the ENMAX Centrium.

The Hurricanes (19-10-4-3) are coming off a three-in-three weekend where they posted a 1-1-0-1 record in those games. The ‘Canes were handed a 5-4 shootout loss on Sunday against the Medicine Hat Tigers at the ENMAX Centre. Lethbridge has posted a 9-5-4-0 record on the road this season.

The Rebels (21-12-2-0) sit one point back of the Hurricanes in the Central Division standings with 44 points. The Rebels last played on Sunday when they fell 5-4 to the Edmonton Oil Kings at Rogers Place. Red Deer has just one victory in their last four games.

Tonight will be the second of six head-to-head meetings on the season between the ‘Canes and Rebels. Lethbridge earned a 5-4 overtime win in the previous meeting on December 2nd at the ENMAX Centre.

VS. REBELS: Tonight will be the second of six meetings on the season between the Hurricanes and the Rebels. The Hurricanes earned a 5-4 overtime win against the Rebels in the lone meeting so far this year. The ‘Canes posted a 4-2-0-0 regular season record last year against Red Deer while dispatching them in five games in the first round of the WHL Playoffs.