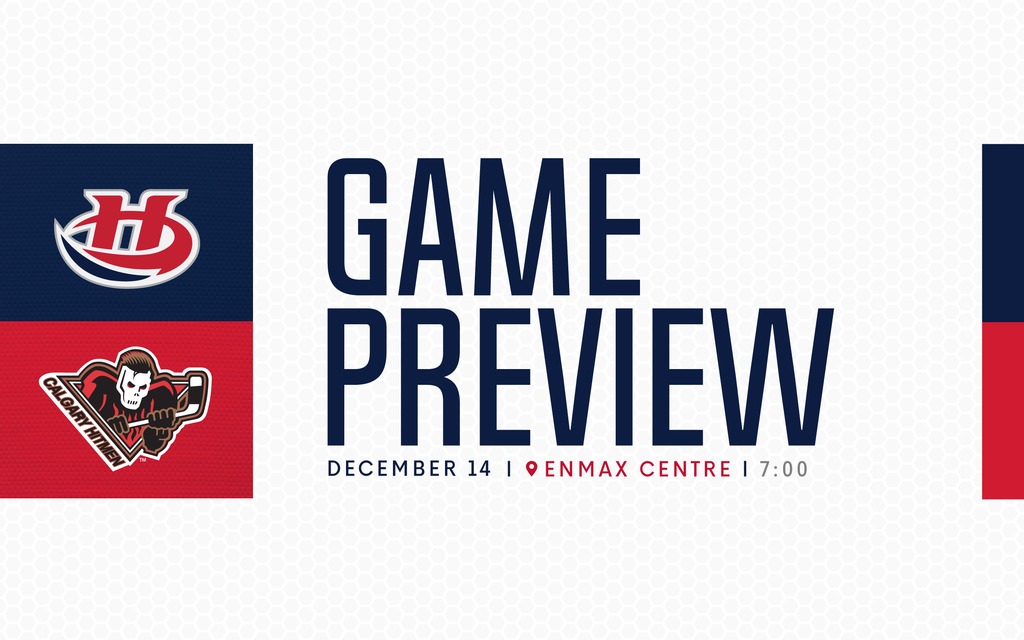 Lethbridge, AB – The Lethbridge Hurricanes play their final home game before the Christmas break tonight at 7:00pm as they welcome the Calgary Hitmen to the ENMAX Centre in the first of seven meetings this season.

The Hurricanes (19-9-0-5) earned a 4-2 win on Wednesday at home against the Red Deer Rebels. Noah Boyko, Justin Hall, Alex Thacker and Zack Stringer scored the goals in the victory while Bryan Thomson made 30 saves. The win for the ‘Canes was their second straight and improved their home-ice record to 8-5-0-4 on the season.

The Hitmen (15-9-3-1) were last in action on Sunday when they fell 6-3 at Scotiabank Saddledome against the Everett Silvertips. Riley Stotts score twice while Egor Zamula added the other in the defeat. Calgary enters play tonight with an 8-3-2-0 record on the road this season.