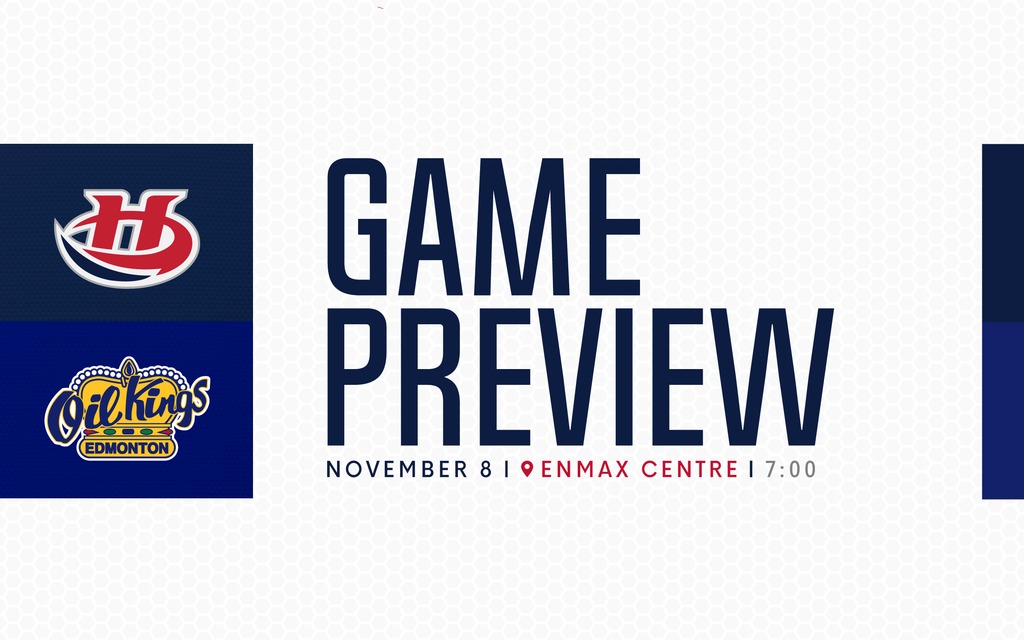 Lethbridge, AB – The Lethbridge Hurricanes play the middle of a three-game homestand as they welcome the Edmonton Oil Kings tonight at 7:00pm at the ENMAX Centre in a battle for top spot in the Central Division.

The Hurricanes (12-4-0-3) enter on a three-game winning streak after earning a 4-1 win on Wednesday at home over the Swift Current Broncos. D-Jay Jerome scored twice and added an assist while Dylan Cozens and Logan Barlage scored the other goals. The victory improved the ‘Canes home-ice record to 5-2-0-2 on the season while extending their point streak to 11-straight games.

The Oil Kings (12-2-3-0) were last in action on Tuesday when they were handed just their second regulation loss of the season with a 6-3 defeat by the hands of the Prince Albert Raiders. Edmonton has posted a 23-2-3-0 record in their last 28 regular season games dating back to last year.

Both teams enter play tonight tied with the Raiders with 27 points on the season. Lethbridge beat Edmonton in their lone meeting so far this season in September at ROGERS Place.

Tonight will be the second of six meetings on the season between the ‘Canes and Oil Kings. Tickets for tonight’s game can be purchased by calling 403-329-SEAT (7328), online at www.enmaxcentre.ca or in person at the ENMAX Centre or Yates Memorial Theatre Ticket Centre’s.

VS. OIL KINGS: Tonight will be the second of six meetings on the season between the Hurricanes and the Oil Kings. The ‘Canes are 1-0-0-0 against Edmonton this season after beating them 5-2 in September. Last year, Lethbridge posted a 2-4-0-0 record against the Oil Kings.