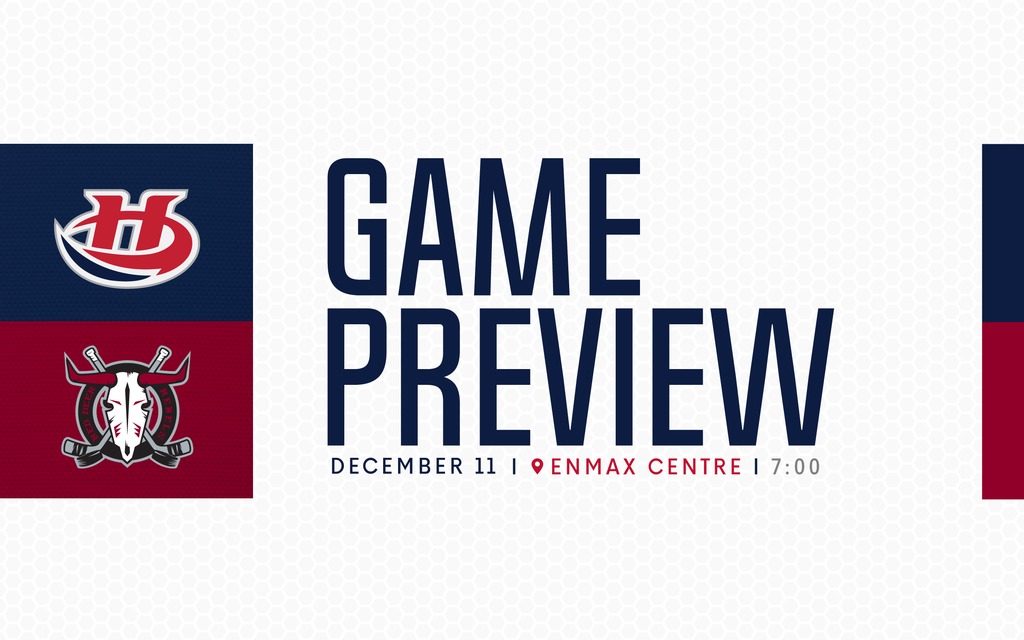 Lethbridge, AB – The Lethbridge Hurricanes return to the ENMAX Centre as they welcome the Red Deer Rebels at 7:00pm.

The Hurricanes (18-9-0-5) enter after ending a four-game losing streak on Saturday with a 5-3 win over the Swift Current Broncos. Five different goal scorers lit the lamp in the win, including Nick Dorrington who scored his first WHL goal. The ‘Canes enter tonight with a 7-5-0-4 record on home ice this season.

Tonight will be the fourth of six meetings on the season between the Hurricanes and the Rebels; Lethbridge has won the last two meetings and are 2-1-0-0 in the three meetings so far this season. Tickets for tonight’s game can be purchased by calling 403-329-SEAT (7328), online at www.enmaxcentre.ca or in person by visiting the ENMAX Centre or Yates Memorial Threatre Ticket Centre’s.

VS. REBELS: Tonight will be the fourth of six meetings on the season between the Hurricanes and the Rebels. The ‘Canes have won two straight against Red Deer after dropping the first meeting of the season. Lethbridge has posted a 22-5-1-1 record in the last 29 regular season meetings against Red Deer dating back to February of 2015.