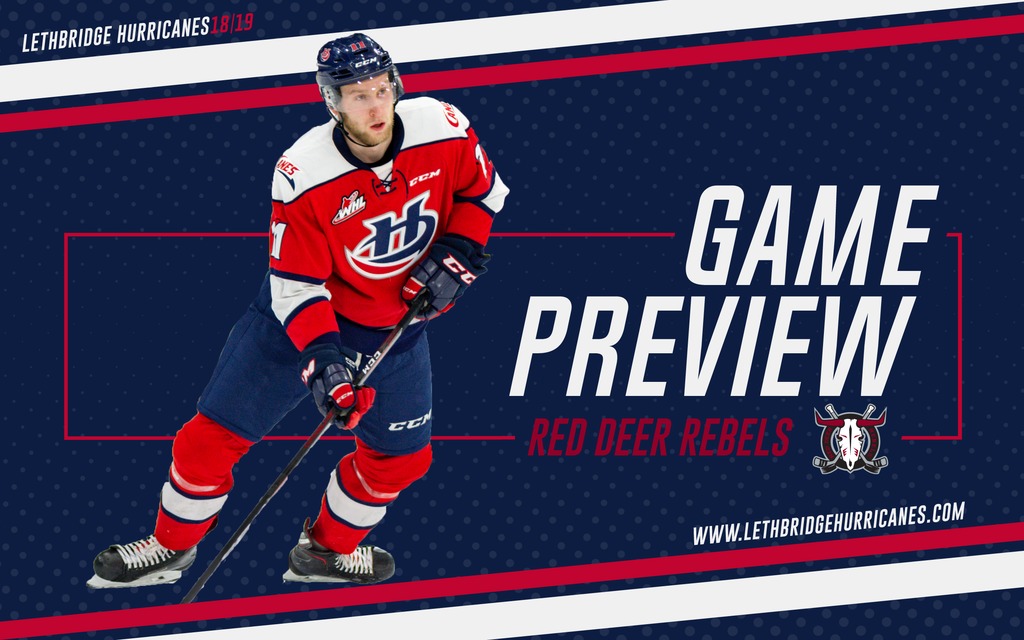 Lethbridge, AB – The Lethbridge Hurricanes begin the final weekend of the regular season tonight as they travel to face the Red Deer Rebels at 7:00pm.

The Hurricanes (38-18-5-5) enter on a season-long six-game winning streak after a 7-4 victory on Saturday at the ENMAX Centre over the Calgary Hitmen. Jordy Bellerive matched a career-high five-point effort in that game, including his first hat-trick of the season, and was named the WHL Player of the Week. The ‘Canes enter tonight having won three-straight on the road.

The Rebels (33-27-4-2) were handed a 7-4 loss on Wednesday to the Medicine Hat Tigers at the Canalta Centre. Going into play tonight, Red Deer has last two-straight games and is 4-5-1-0 in their last ten outings. The Rebels need one point to be the final team in the Eastern Conference to clinch a playoff berth.

Tonight will be the final of six meetings on the regular season between the Hurricanes and the Rebels; Lethbridge has posted a 3-1-0-1 in the five games prior this season and have won 19 of their last 25 regular season meetings.