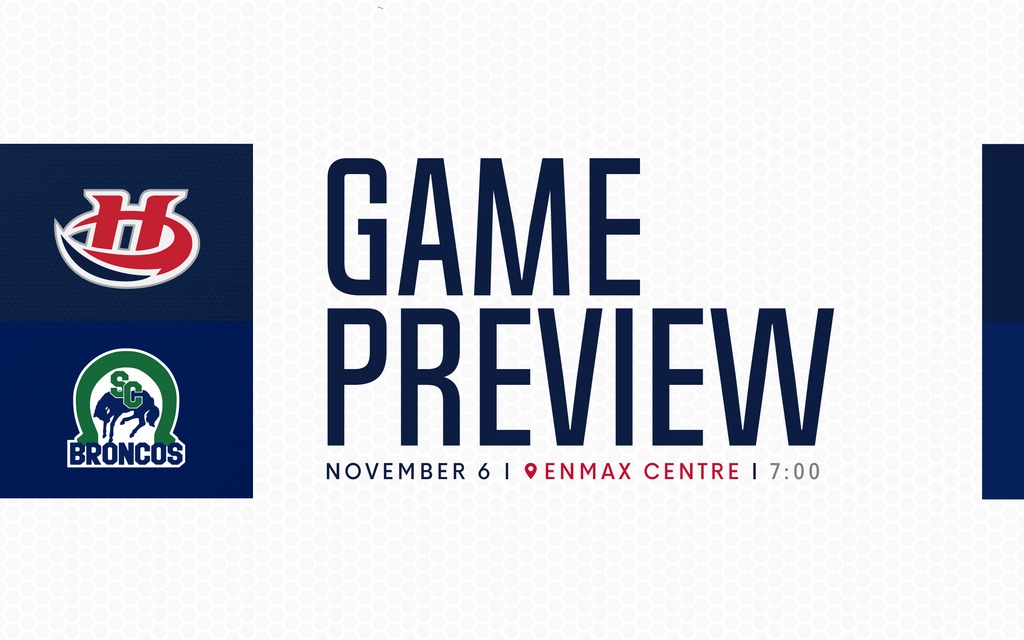 Lethbridge, AB – The Lethbridge Hurricanes return to the ENMAX Centre to begin a three-game homestand tonight against the Swift Current Broncos at 7:00pm.

The Hurricanes (11-4-0-3) enter on a two-game winning streak after earning wins in Winnipeg and Brandon on the weekend. The ‘Canes are coming off a 5-2 triumph against the Wheat Kings that saw Oliver Okuliar score his second straight hat-trick in the victory. Lethbridge enters tonight on a 10-game point streak having gone 8-0-0-2 in that span.

The Broncos (3-9-1-2) are coming off back-to-back shutout loss having fallen 4-0 in Winnipeg on Saturday night. Swift Current has just scored one goal in their last three games and average just 1.93 goals per game this season. The Broncos sit second-last in the WHL standings and have just one victory in their last 10 games.

Tonight will be the first of seven meetings this season between the Hurricanes and the Broncos. Last year, the ‘Canes went 3-0-1-0 against Swift Current. Tickets for tonight’s game can be purchased by calling 403-329-SEAT (7328), online at www.enmaxcentre.ca or in person by visiting the ENMAX Centre or Yates Ticket Centre’s.

VS. BRONCOS: Tonight will be the first of seven meetings on the season between the Hurricanes and the Broncos. The ‘Canes posted a 3-0-1-0 record in four games against Swift Current last season. This is the first season that the Hurricanes and Broncos are Central Division rivals after the WHL realignment.