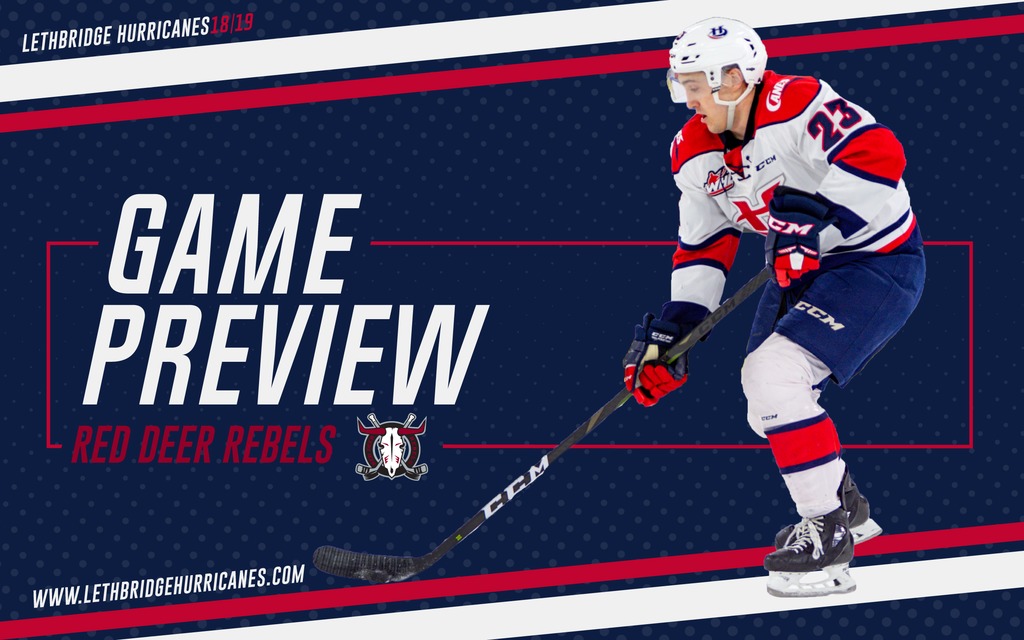 Lethbridge, AB – The Lethbridge Hurricanes will look to get back in the win column tonight as they visit the Red Deer Rebels in the second of a back-to-back, home-and-home set.

The Hurricanes (23-13-4-4) were downed for the second straight game and third in their last four games as they fell 3-1 to the Rebels on Friday night at the ENMAX Centre. Jordy Bellerive, who skated in his 250th career game, scored the lone goal in the defeat. The ‘Canes outshot the Rebels 36-24 in the game.

The Rebels (26-13-3-1) earned their fourth straight victory with the win Friday in Lethbridge. Jeff de Wit, Chris Douglas and Cameron Hausinger scored in the win while Ethan Anders stopped 35 of 36 shots he faced in the game as he was named the game’s first star.

Tonight will be the fourth of six meetings on the season between the ‘Canes and the Rebels; Lethbridge has posted a 1-1-0-1 in three games against Red Deer.

VS. REBELS: Tonight will be the fourth of six meetings on the season between the Hurricanes and the Rebels. The Hurricanes have posted a 1-1-0-1 record in three games against the Rebels this season. The ‘Canes are 17-4-1-1 in the last 23 head-to-head meetings against Red Deer.