GAME DAY: Hurricanes Look to Bounce Back Against Hitmen 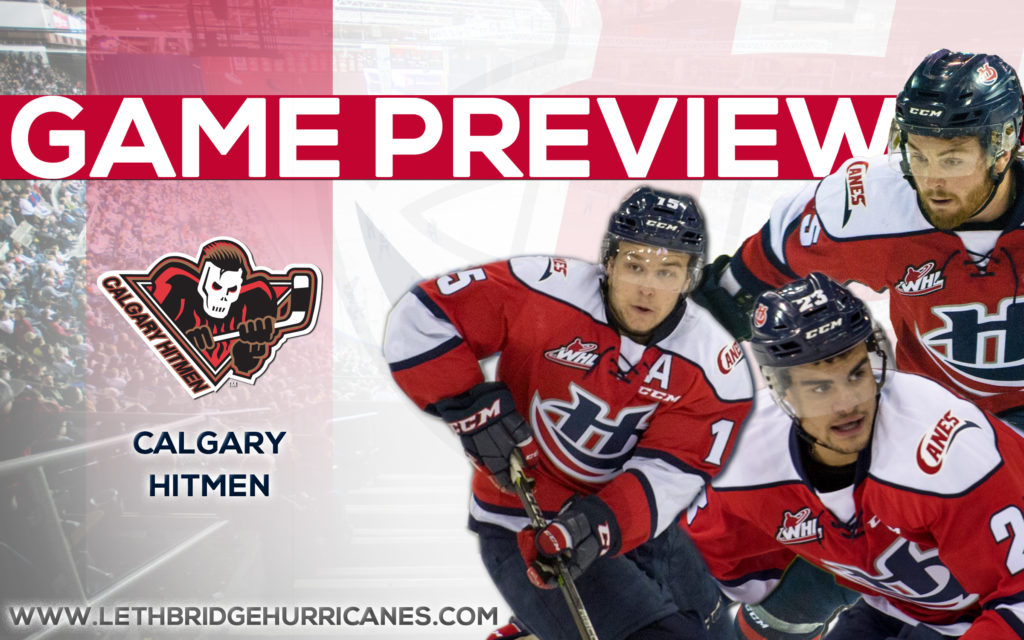 Lethbridge, AB – The Lethbridge Hurricanes will play the third of a four game homestand tonight at 7:00pm as they welcome the Calgary Hitmen to the ENMAX Centre.

The Hurricanes (17-18-3-0) are coming off a 5-2 loss last night to the Vancouver Giants. Jordy Bellerive and Giorgio Estephan scored the goals in the losing cause while Stuart Skinner made 21 saves in the loss. The ‘Canes fell to 11-7-2-0 on home ice with the defeat.

Tonight will be the final of six meetings on the season between the ‘Canes and Hitmen; Lethbridge won the first two meetings while Calgary has won the last three meetings.

Tickets for tonight’s game can be purchased online, by calling 403-329-SEAT (7328) or by visiting the ENMAX Centre Ticket Centre.