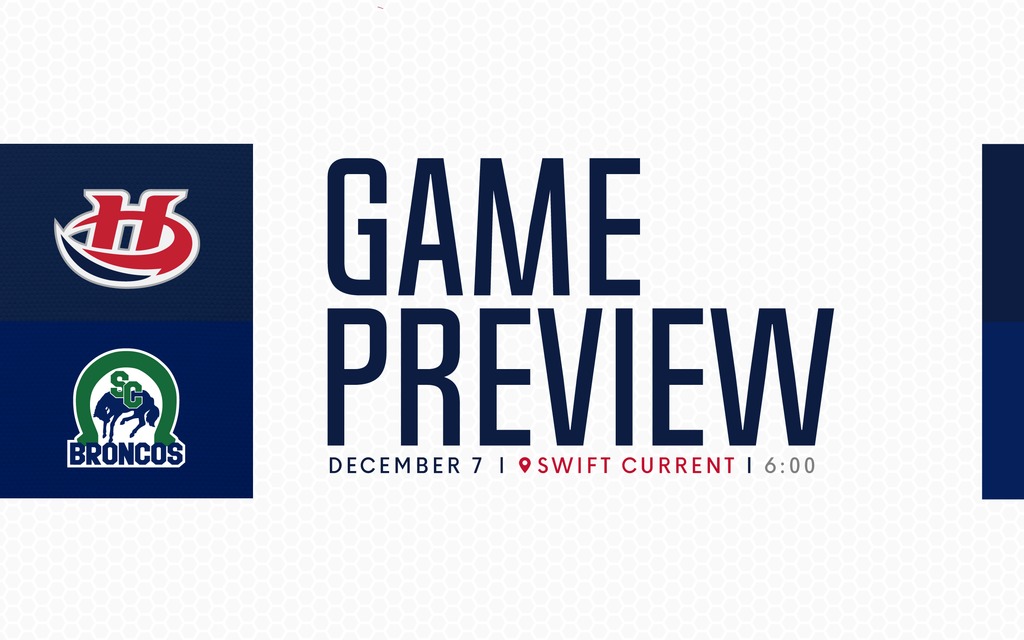 Lethbridge, AB – The Lethbridge Hurricanes will look to end a season-long four-game losing streak tonight as they visit the Swift Current Broncos at 6:00pm MT at Innovation Credit Union i-Plex.

The Hurricanes (17-9-0-5) were downed 4-3 in a shootout last night at the ENMAX Centre by the Medicine Hat Tigers. Oliver Okuliar added to his WHL lead in goals scoring twice while Alex Cotton added the other. Carl Tetachuk made 35 saves in the defeat. The loss dropped the Hurricanes record to 0-2-0-2 in their last four games.

The Broncos (6-18-1-2) enter on a five-game losing streak after being beaten 5-1 last night at home by the Everett Silvertips. Overage forward Jaxan Kaluski scored the lone goal in the loss while Isaac Poulter made 29 saves in the defeat. Swift Current enters tonight tied for last place in the WHL standings with the Regina Pats.

Tonight’s game will be the third of seven meetings on the season between the Hurricanes and the Broncos; Lethbridge has posted a 2-0-0-0 record so far this season outscoring Swift Current 10-3 in the two games. The game can be seen at both Browns Socialhouse locations in Lethbridge or heard on 106.7 ROCK. You can also watch the game online at www.whllive.com.

VS. BRONCOS: Tonight will be the third of seven meetings on the season between the Hurricanes and the Broncos. Lethbridge has posted a 2-0-0-0 record thus far outscoring Swift Current 10-3 in the two games. The ‘Canes are 5-0-1-0 in their last six meetings against the Broncos dating back to last year.