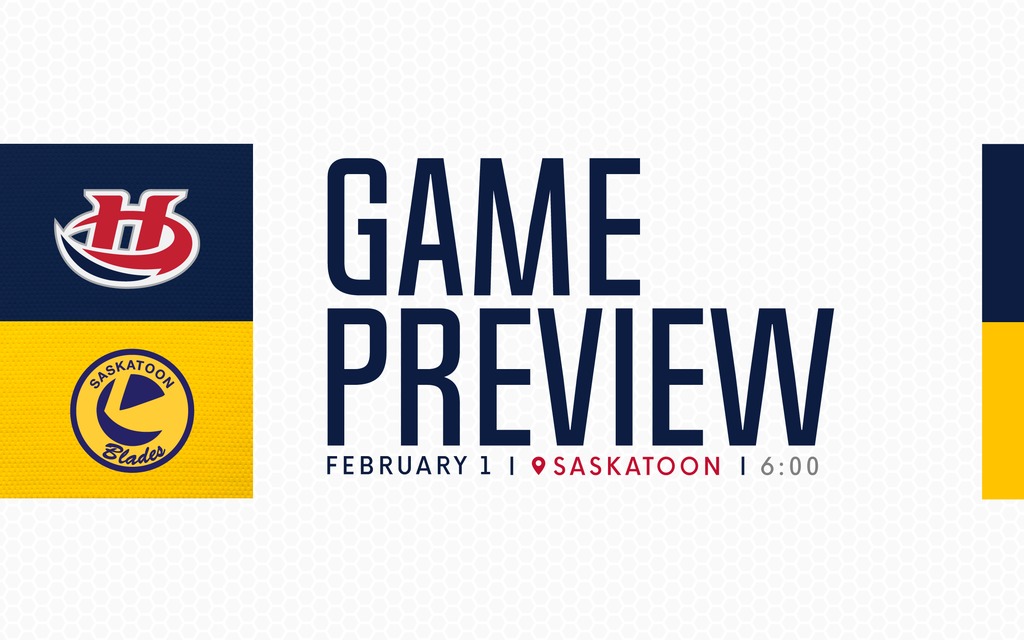 Saskatoon, SK – The Lethbridge Hurricanes play the sixth game of seven straight on the road tonight as they visit the Saskatoon Blades at 6:00pm MT at SaskTel Centre.

The Hurricanes (29-12-2-5) enter having had their three-game winning streak snapped Friday in Prince Albert to the Raiders at the Art Hauser Centre. Trevor Thurston scored the lone goal for the Hurricanes while Carl Tetachuk made 20 saves in the defeat. The ‘Canes enter play tonight tied for the most road victories in the WHL this season having posted a 16-7-0-1 record away from home.

The Blades (25-19-2-2) enter having won back-to-back games after earning a 3-0 shutout victory in Moose Jaw last night against the Warriors. Riley McKay scored twice while Tristen Robins scored the other in the win while Nolan Maier made 20-saves for his first shutout of the season. Saskatoon has posted a 7-2-1-0 record in their last ten games.

Tonight will be the final of four meetings on the season between the Hurricanes and the Blades; Lethbridge has lost all three games so far this season, all by a single goal while having been defeated in five straight against Saskatoon dating back to last year.

VS. BLADES: Tonight will be the final of four meetings on the season between the Hurricanes and the Blades. Lethbridge has dropped all three games this season against Saskatoon, all three games by a single goal. The ‘Canes have lost five straight games against the Blades dating back to last season.