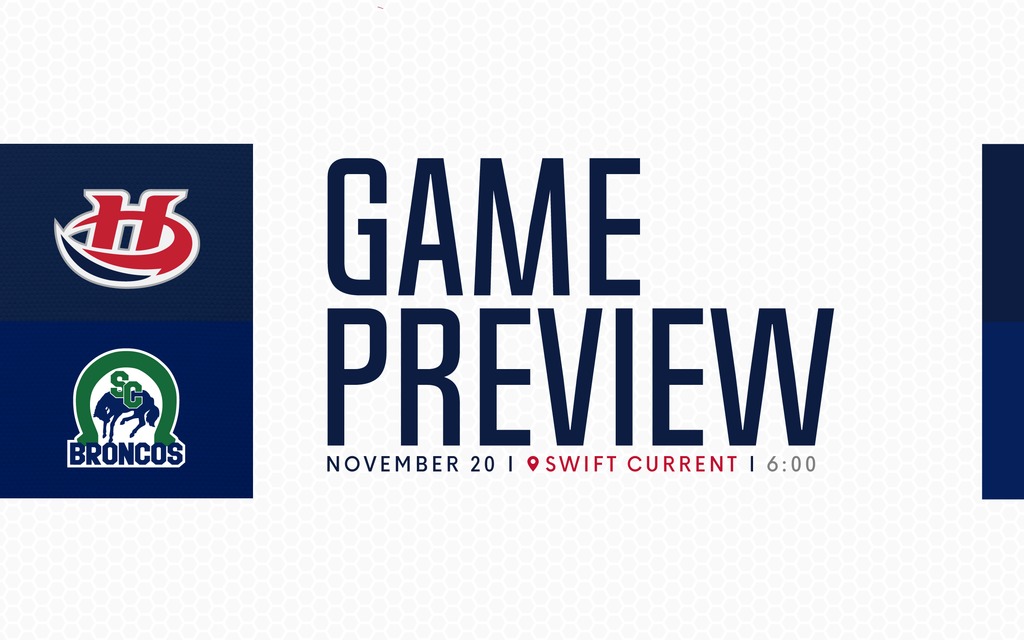 Lethbridge, AB – The Lethbridge Hurricanes will play the final of a three-game road trip tonight when they visit the Swift Current Broncos at Innovation Credit Union i-Plex at 6:00pm MT.

The Hurricanes (14-6-0-3) are 1-1-0-0 in the first two games of the road trip after a split on the BC coast. The ‘Canes are coming off a convincing 6-0 win over the Vancouver Giants on Sunday. Six different goal scorers lit the lamp for the Hurricanes while Carl Tetachuk made 17 saves for the shutout. The win improved Lethbridge’s road record to 8-3-0-1 on the season.

The Broncos (5-11-1-2) are coming off a 2-1 win last night in Regina against the Pats in what was a make-up game for a cancelled game earlier in the season. Ethan Regnier and Sergei Alkhimov scored in the victory while Isaac Poulter made 48 saves. The win was Swift Current’s second straight victory.

Tonight will be the second of seven meetings on the season between the Hurricanes and the Broncos; Lethbridge has posted a 1-0-0-0 record so far against Swift Current. The game can be seen at both Browns Socialhouse locations in Lethbridge or heard on 106.7 ROCK. You can also watch the game online at www.whllive.com

VS. BRONCOS: Tonight will be the second of seven meetings on the season between the Hurricanes and the Broncos. The ‘Canes are 1-0-0-0 against Swift Current so far this season and are 4-0-1-0 in their last five regular season meetings dating back to last year.