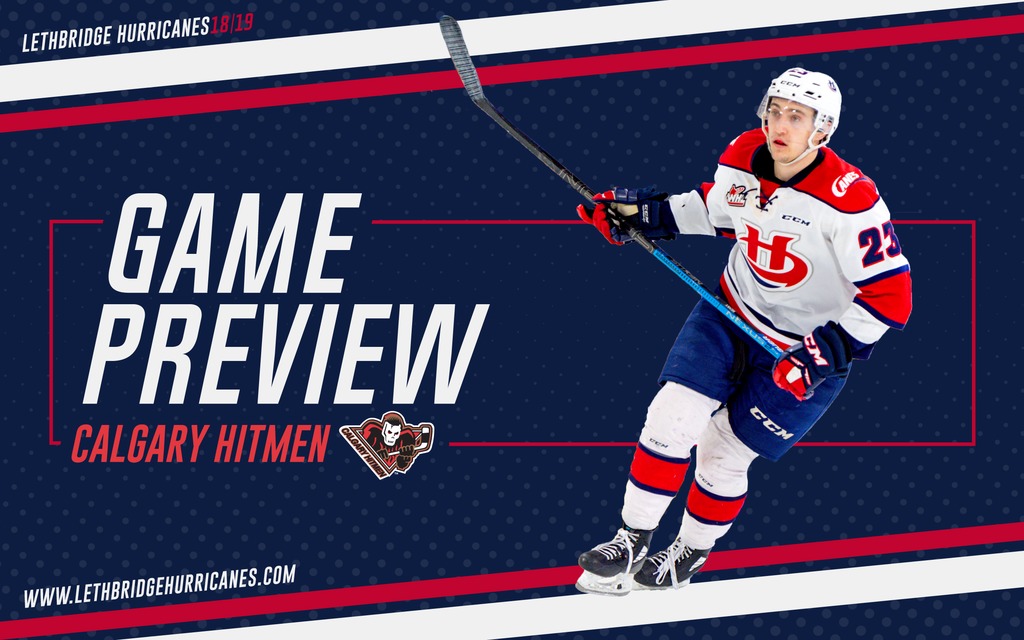 Lethbridge, AB – The Lethbridge Hurricanes play their final regular season home game tonight as they welcome the Calgary Hitmen at 7:00pm to the ENMAX Centre.

The Hurricanes (37-18-5-5) earned their fifth straight victory last night as they defeated the Medicine Hat Tigers 5-2. Five different goal scorers lit the lamp in the win as Jordy Bellerive, Zach Cox, Taylor Ross, Dylan Cozens and Nick Henry scored in the defeat. The ‘Canes, with a single point tonight, will secure themselves home-ice advantage in the first round of the playoffs.

The Hitmen (36-23-5-1) were downed 5-1 by the Edmonton Oil Kings last night at Scotiabank Saddledome. Mark Kastelic scored his team-leading 46th goal of the season in the loss. Calgary enters play tonight with three games left on the regular season, with the final two coming against the Oil Kings.

Tonight will be the final of six meetings on the season between the Hurricanes and the Hitmen; Lethbridge has posted a 4-1-0-0 record in the five prior games having won each of the last four games.

Tickets for tonight’s game can be purchased online at www.enmaxcentre.ca, by calling 403-329-SEAT (7328) or by visiting the ENMAX Centre or Yates Ticket Centre’s.

VS. HITMEN: Tonight will be the final of six meetings on the season between the Hurricanes and the Hitmen. Lethbridge has posted a 4-1-0-0 record in the five games prior, having been won each of the last four meetings. The ‘Canes have outscored