GAME DAY: Hurricanes Play Middle of 3-in-3 in Saskatoon 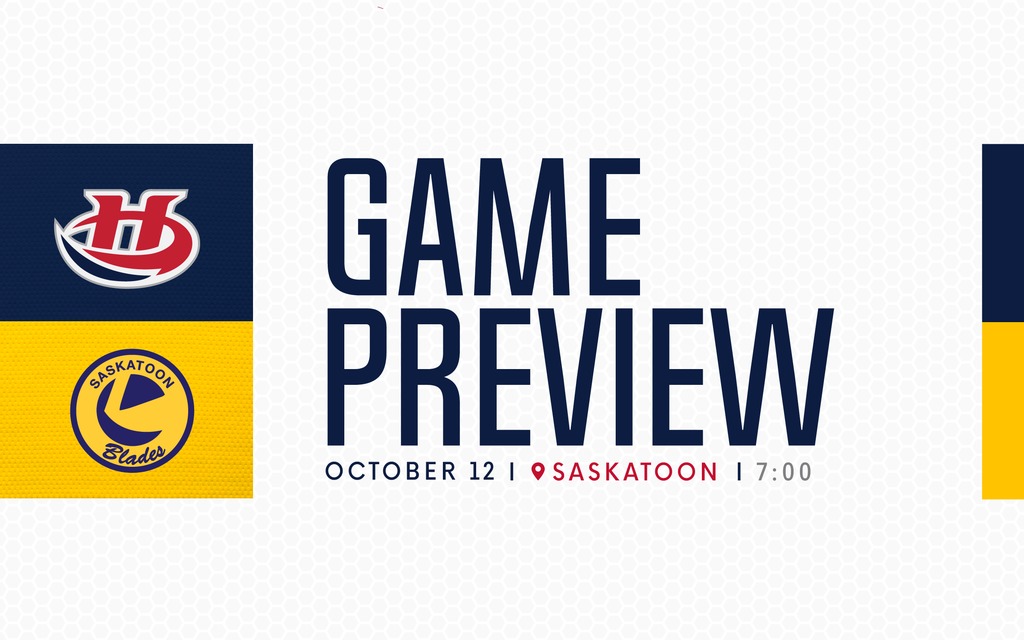 Saskatoon, SK – The Lethbridge Hurricanes play the second of a four-game road trip and the middle of a three-in-three weekend in Saskatoon against the Blades tonight at 7:00pm at SaskTel Centre.

The Hurricanes (3-3-0-1) are coming off a 4-2 loss last night in Prince Albert against the defending WHL Champion Raiders. Ty Nash scored his first WHL goal while Koletrane Wilson snapped a 90-game goalless drought in the loss. The loss for the Hurricanes was their first road defeat of the season.

The Blades (5-3-0-1) earned a 2-1 win last night in Brandon over the Wheat Kings. Saskatoon received goals from Eric Florchuk and Chase Wouters in the victory while Nolan Maier made 36 saves for the win. All nine of Saskatoon’s games this season have been decided by a single goal.

Tonight will be the second of four meetings on the season between the Hurricanes and the Blades after Saskatoon earned a 3-2 win a week-and-a-half ago at the ENMAX Centre. The game can be seen at both Browns Socialhouse locations in Lethbridge or heard on 106.7 ROCK. You can also watch the game online at www.whllive.com

LAST GAME: 4-2 Loss at Prince Albert Raiders: The Lethbridge Hurricanes were downed 4-2 Friday night in Prince Albert by the Raiders. Ty Nash and Koletrane Wilson scored in the defeat while Bryan Thomson made 21 saves. The ‘Canes were 0/3 on the power play and 3/3 on the penalty kill.

VS. BLADES: Tonight will be the second of four meetings on the season between the Hurricanes and the Blades. The ‘Canes are 0-1-0-0 against Saskatoon so far this season and have lost three straight games going back to last season. Lethbridge was 1-1-0-0 in Saskatoon last season.