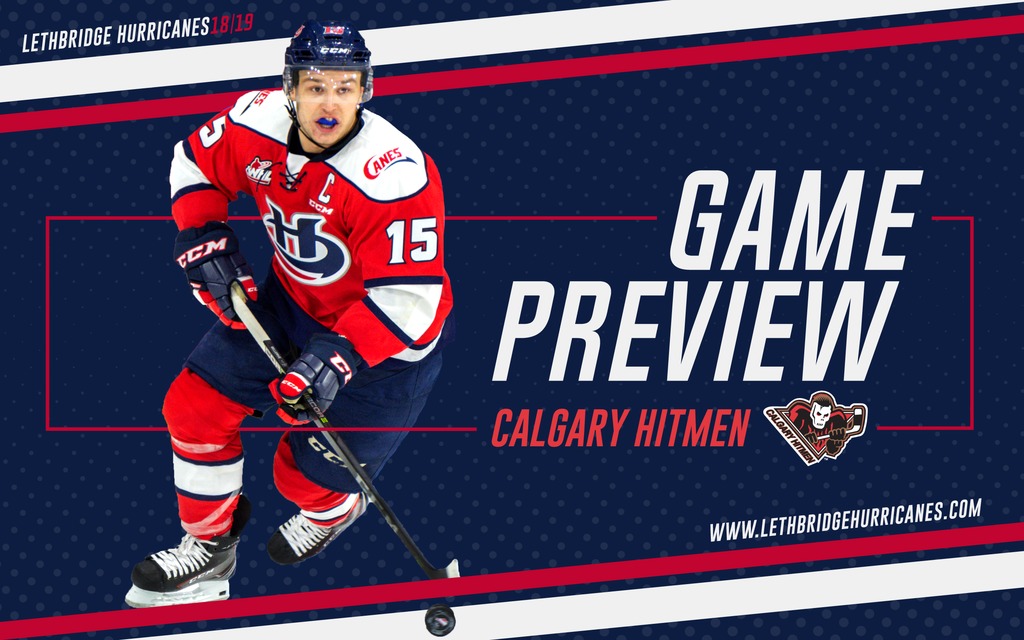 Lethbridge, AB – The Lethbridge Hurricanes return to the ENMAX Centre tonight for the first time in nearly two-and-a-half weeks as they welcome the Calgary Hitmen at 7:00pm.

The Hurricanes (7-5-2-2) are coming off a three-game road stretch that saw them post a 1-1-1-0 record in those three games. The ‘Canes were most recently handed a 5-4 overtime loss last Friday in Swift Current against the Broncos. Calen Addison, Noah Boyko, Jadon Joseph and Ty Kolle scored in the loss while Reece Klassen made 35 saves.

The Hitmen (5-11-2-0) enter riding a two-game losing streak and are just 1-4-0-0 in their last five games, which includes a 7-6 loss to the Hurricanes on October 26th at the Scotiabank Saddledome. Calgary enters coming off a 5-4 loss in Medicine Hat on Sunday.

Tonight will be the third of six meetings on the season between the Hurricanes and Hitmen with both team having won a one-goal game already in the season series. The two teams have combined for a whopping 24 games in the first two meetings of the season.

The Hurricanes will unveil their new third jerseys tonight, which will be available in the team store Top Shelf for purchase. Tickets for tonight’s game are still available online at www.enmaxcentre.ca, by calling 403-329-SEAT (7328) or by visiting the ENMAX Centre or Yates Ticket Centres.

VS. HITMEN: Tonight will be the third of six meetings this season between the Hurricanes and the Hitmen. The ‘Canes have posted a 1-1-0-0 record against the Hitmen so far this year, both coming at Scotiabank Saddledome. The Hurricanes ended a five game losing streak to Calgary with a 7-6 win October 26th.