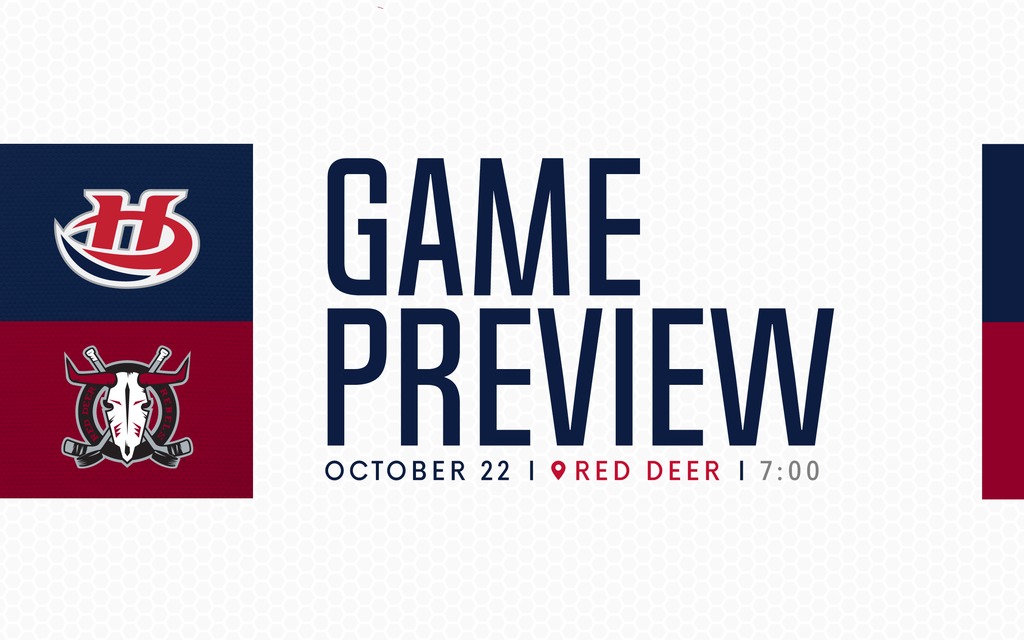 Lethbridge, AB – The Lethbridge Hurricanes make their first of three trips to Red Deer tonight to face the Rebels at Westerner Park Centrium at 7:00pm.

The Hurricanes (7-4-0-1) enter on a four-game winning streak after earning a pair of wins on the weekend against the Regina Pats and Moose Jaw Warriors at the ENMAX Centre. The ‘Canes earned a 5-4 overtime win over the Warriors on Saturday when Logan Barlage scored the overtime winner. Lethbridge enters tonight with a 4-2-0-0 record on the road this season.

The Rebels (4-6-0-1) were handed a 6-5 shootout loss on Saturday to the Regina Pats at the Centrium. The defeat for Red Deer was their fourth straight loss as they fell to 1-4-0-1 on home-ice this season. The Rebels will play the third of a four-game home-stand tonight.

Tonight will be the second of six head-to-head meetings between the Hurricanes and the Rebels this season. Red Deer earned a 5-2 win in the only previous meeting this season. The game can be seen at both Browns Socialhouse locations in Lethbridge or heard on 106.7 ROCK. You can also watch the game online at www.whllive.com.

VS. REBELS: Tonight will be the second of six meetings on the season between the Hurricanes and the Rebels. Red Deer won the first meeting earlier this season by a 5-2 score despite being outshot 42-15 in the game. Lethbridge has posted a 20-5-1-1 record in the last 27 regular season meetings dating back to February of 2015.