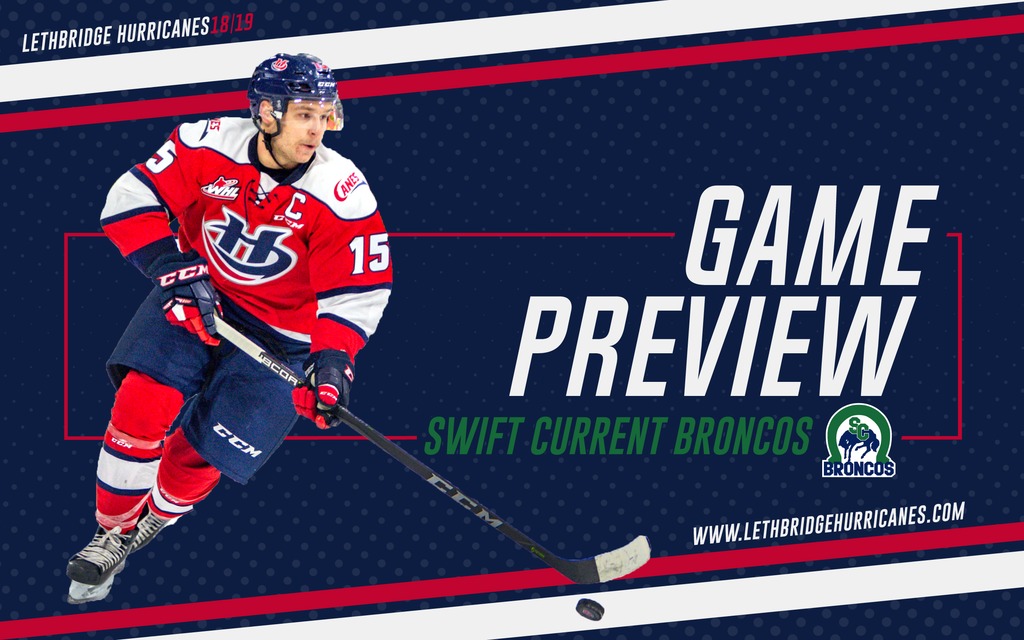 Lethbridge, AB – The Lethbridge Hurricanes will play their first road game in two weeks as they travel to Swift Current to face the Broncos tonight at 6:00pm MT.

The Hurricanes (28-16-5-5) are coming off a convincing 6-2 victory over the Calgary Hitmen at the ENMAX Centre to end a three-game losing streak. Jake Leschyshyn and Jake Elmer both scored twice in that game while Taylor Ross and Jordy Bellerive scored the others. The ‘Canes this season have posted a 12-8-4-1 record away from home this season.

The Broncos (10-39-2-2) were handed a 3-1 setback on Wednesday to the Prince Albert Raiders at home. Swift Current enters tonight’s game just a 1-8-0-1 record in their last ten games. Seven of the Broncos ten victories have come at Credit Union I-Plex, including an overtime win against the Hurricanes earlier in the season.

Tonight will be the final of four meetings on the season between the Hurricanes and the Broncos; Lethbridge has posted a 2-0-1-0 record against Swift Current having won each of the last two games.

VS. BRONCOS: Tonight will be the final of four meetings on the season between the Hurricanes and the Broncos. The ‘Canes have posted a 2-0-1-0 in the previous three games against Swift Current having won the last two games by a combined 7-3 score.