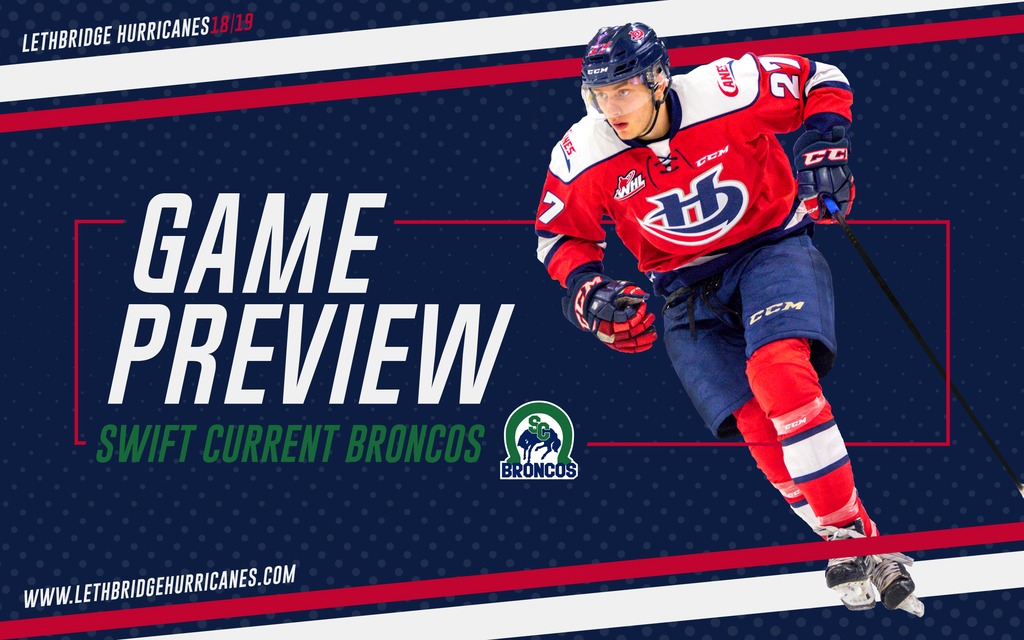 Lethbridge, AB – The Lethbridge Hurricanes return to action tonight as they travel to face the Swift Current Broncos in their only game this weekend.

The Hurricanes (7-5-1-2) are coming off a 6-3 loss last Sunday in Edmonton to the Oil Kings. Dylan Cozens, Taylor Ross and Jake Elmer scored in the losing defeat. The ‘Canes enter play tonight with a 3-3-1-0 record on the road in seven games this season.

The Broncos (1-14-0-1) have struggled this season after winning the Ed Chynoweth Cup last year. The Broncos enter play with just three points on the season, but are coming off a strong effort in a 2-1 shootout loss to the Kootenay Ice on Tuesday night. Alec Zawatsky leads the Broncos in goals (6) and points (11) entering play tonight.

Tonight will be the first of four meetings on the season between the Hurricanes and the Broncos. Last year, the ‘Canes posted a 1-3-0-0 regular season record against Swift Current but are 8-4-0-0 in the last 12 regular season meetings.

VS. BRONCOS: Tonight will be the first of four meetings this season between the Hurricanes and the Broncos. The ‘Canes posted a 1-3-0-0 record in four games last year against Swift Current and then fell to the Broncos in six games in the Eastern Conference Championship Series. Over the last three seasons, the ‘Canes have posted an 8-4-0-0 record against Swift Current in 12 regular season meetings.