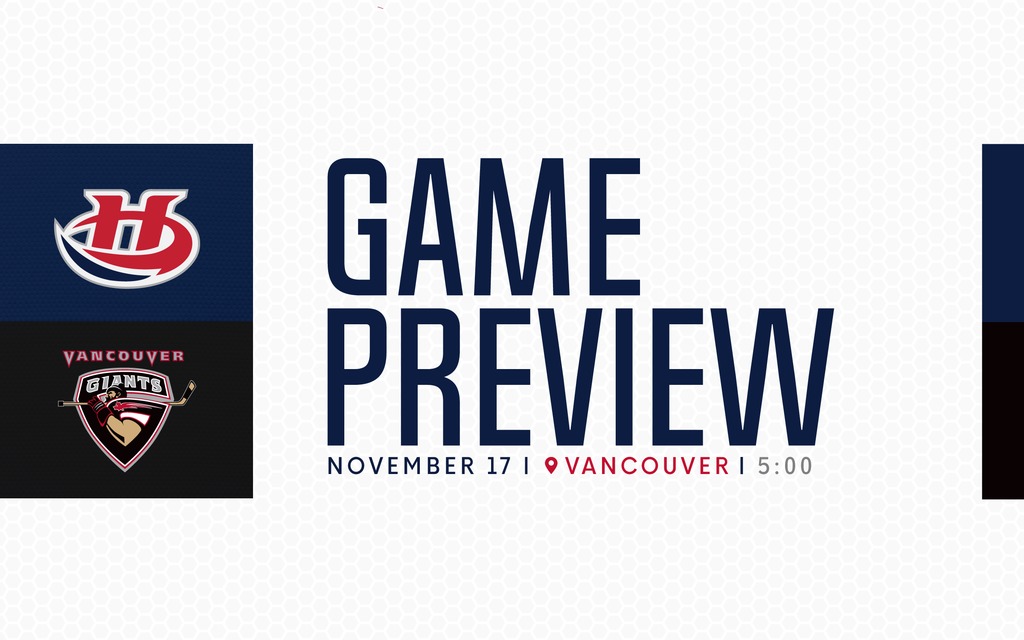 Vancouver, BC – The Lethbridge Hurricanes play the final of a two-game British Columbia road trip as they make their lone visit to face the Vancouver Giants today at 5:00pm MT at the Langley Events Centre.

The Hurricanes (13-6-0-3) are coming off their second-straight 3-2 loss on Friday in Victoria against the Royals. Dylan Cozens scored twice in the third period in the defeat while Bryan Thomson made 26 saves. The ‘Canes enter tonight’s game with a 7-3-0-1 record on the road this season.

The Giants (11-8-1-1) earned a 4-0 shutout win on Saturday against the Prince George Cougars. David Tendeck made 38 saves for his third shutout of the season. Milos Roman scored two goals while Tristen Nielsen had three points in the win which improved Vancouver’s home-ice record to 5-3-1-0 on the season.

Tonight will be the only meeting of the season between the Hurricanes and the Giants. The game can be seen at both Browns Socialhouse locations in Lethbridge or heard on 106.7 ROCK. You can also watch the game online at www.whllive.com

VS. GIANTS: Tonight will be the only meeting of the season between the Hurricanes and the Royals. Last year, the ‘Canes beat the Giants 4-3 at the ENMAX Centre on January 4th. The Hurricanes are 12-21-3-2 with two ties all-time against the Vancouver Giants. Lethbridge has posted a 6-10-1-0 record with one tie in 18 all-time games in Vancouver. The last time the Hurricanes visited Vancouver was a 5-2 Lethbridge win on November 22nd/2017 at the Langley Events Centre.