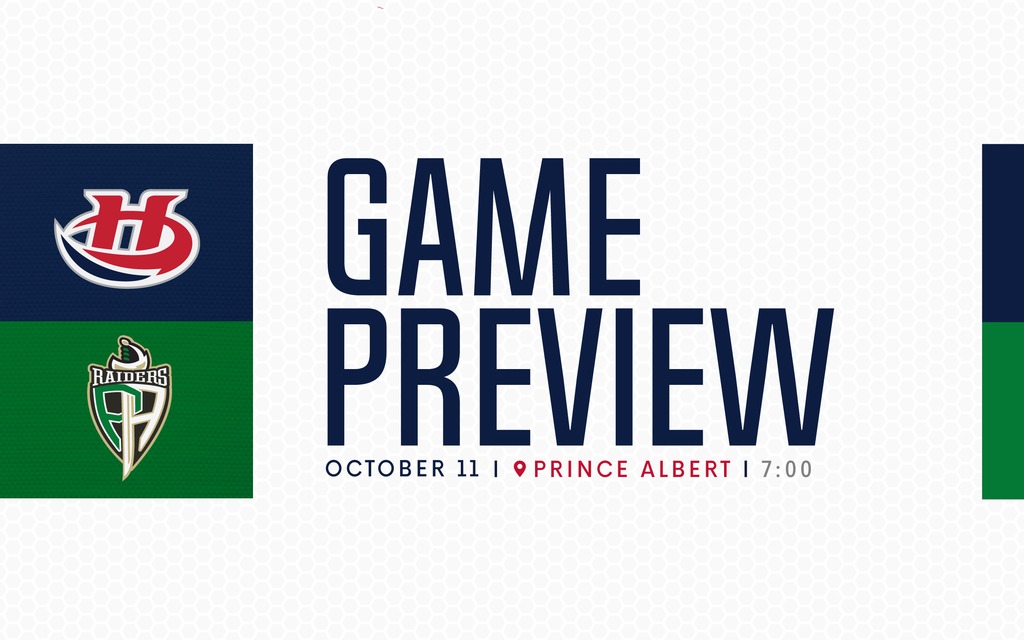 The Hurricanes (3-2-0-1) enter after a week off since their last game which was a 4-2 win over the Portland Winterhawks last Friday at the ENMAX Centre. D-Jay Jerome, Chase Wheatcroft, Dylan Cozens and Zack Stringer scored in the win while Bryan Thomson made 18 saves. The win was the first home-ice victory of the season.

The Raiders (5-0-2-0) are undefeated in regulation through their first seven games this season. Prince Albert is coming off a 4-2 win Tuesday at home against the Vancouver Giants – the team they defeated in overtime in Game 7 of the WHL Championship Series last spring. The win against the Giants was their second straight victory.

Tonight will be the first of four meetings on the season between the Hurricanes and the Raiders. The game can be seen at both Browns Socialhouse locations in Lethbridge or heard on 106.7 ROCK. You can also watch the game online at www.whllive.com.

VS. RAIDERS: Tonight will be the first of four meetings on the season between the Hurricanes and the Raiders. Last season, the Hurricanes posted a 1-3-0-0 record in the four-game season series against the defending WHL Champions. The ‘Canes lone win against the Raiders was a 5-4 overtime victory in Prince Albert on February 27th.